Thanks for checking out our 2nd Alpha Devblog! Some of you might be new here so thanks much for the support! The team pushed out an update just before the Christmas/New year holiday and then took some much needed time off. We've been back at it for a couple of weeks now and have been busy at work with the 1.2 patch! Below are just a couple of features and mechanics we've been working on. Check out the full changelog here.

Our lock system is rather unique. It's also not had too much attention since its introduction. After our last patch, we received quite a few heated bug reports. It seems there are instances where locks simply didn't work, among other issues. The last couple of weeks James and the team have spent a good deal of time reworking the system.

A lot of players have requested their placed locks be noted on map. This will allow them to return to their goods easier upon death along with a nice little death marker. Both of these were highly requested with our in game suggestion feature. Please consider using it above all else to report bugs and suggest features. It can be reached by pressing escape and clicking report bug or F1. This information is sent directly to the team and the more reports or suggestions the more time we can dedicate to the feature or issue. 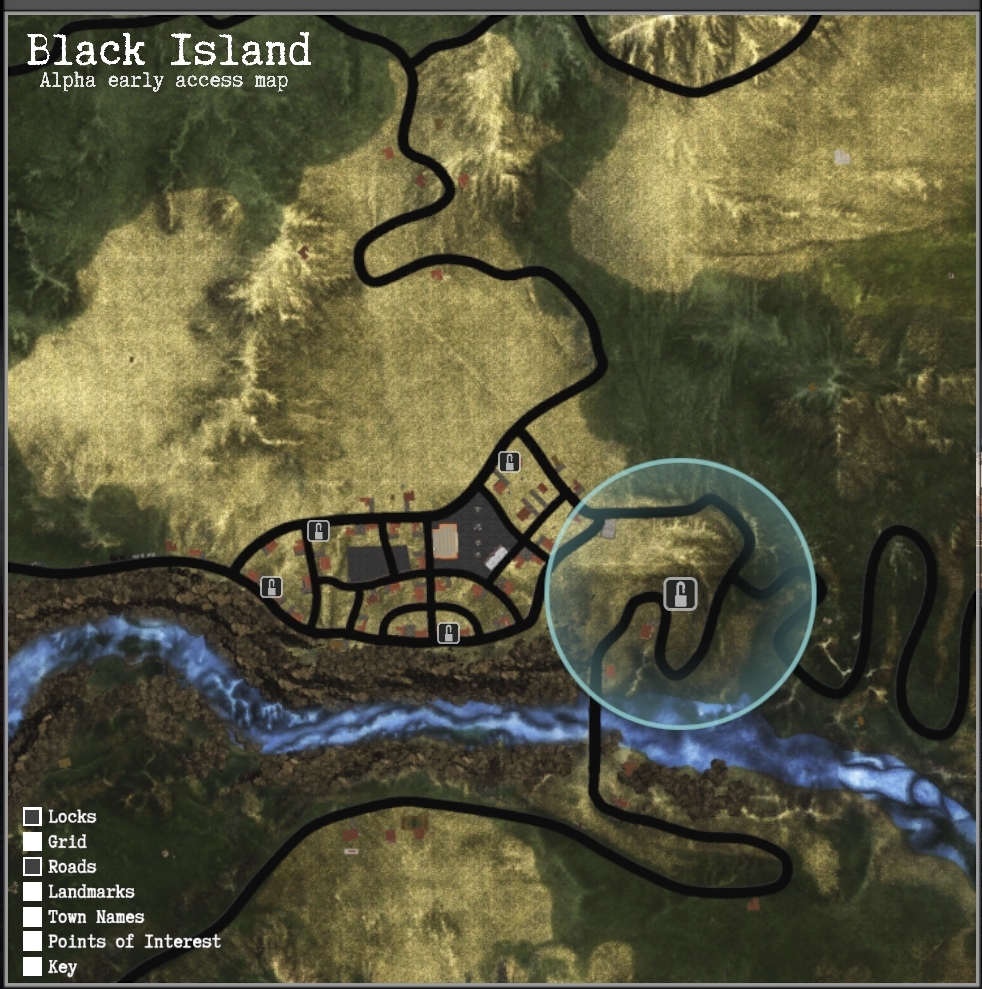 Lock Markers - The highlighted one will be your last placed but all will be tracked. 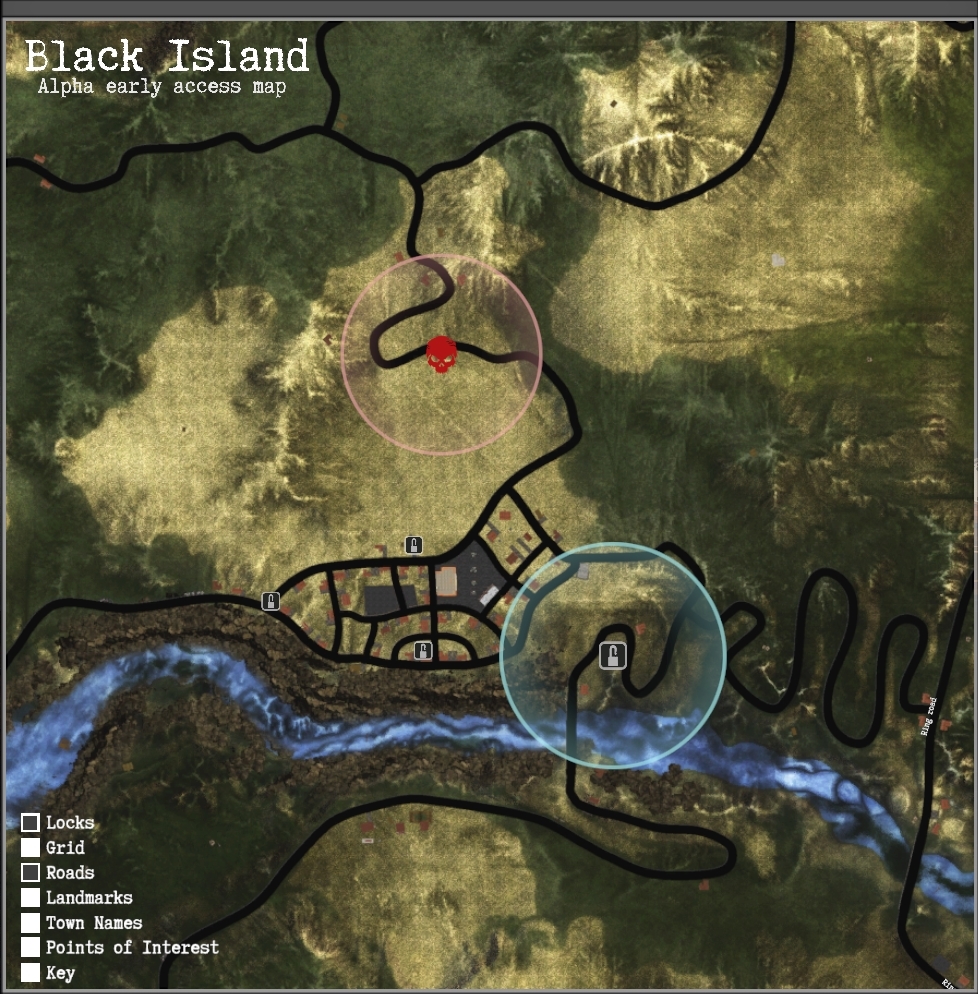 Lock and death markers - this should ease the burden of getting back to your loot and location.
​
Craftable Compass

Many have requested a craftable compass variant. We've added that for 1.2 with a slight change to compass mechanics. Crafted ones and found compass both work the same just at different speeds.

Another massively requested feature was a way for players to tell the time of day. The guys have spent some time this week working on a system just for that. You'll be able to access it with "F" just like the rest of your stats.

Time Display Readouts
​
Weight and other information Readouts On Hover

Another much requested feature is weight on hover. The 1.2 patch will feature the ability to hover over items and get a readout on the current item your hovering ons weight along with ammo amount.

The airport strip in game is, well, quite lackluster to say the least. The structure was removed some time ago and reworks have started for 1.2 patch. The airport will feature out buildings (hangars) broken down planes alongside a massive terminal. There are a lot of feature mechanics going in here. The perimeter will be sealed and you'll need to power the structure to open the gates for vehicles access. The terminal itself will feature an armory far more challenging than the current police station armory. We'll have some video and more design in the next devblog but below is a quick sneak peek at some of the airport plans. 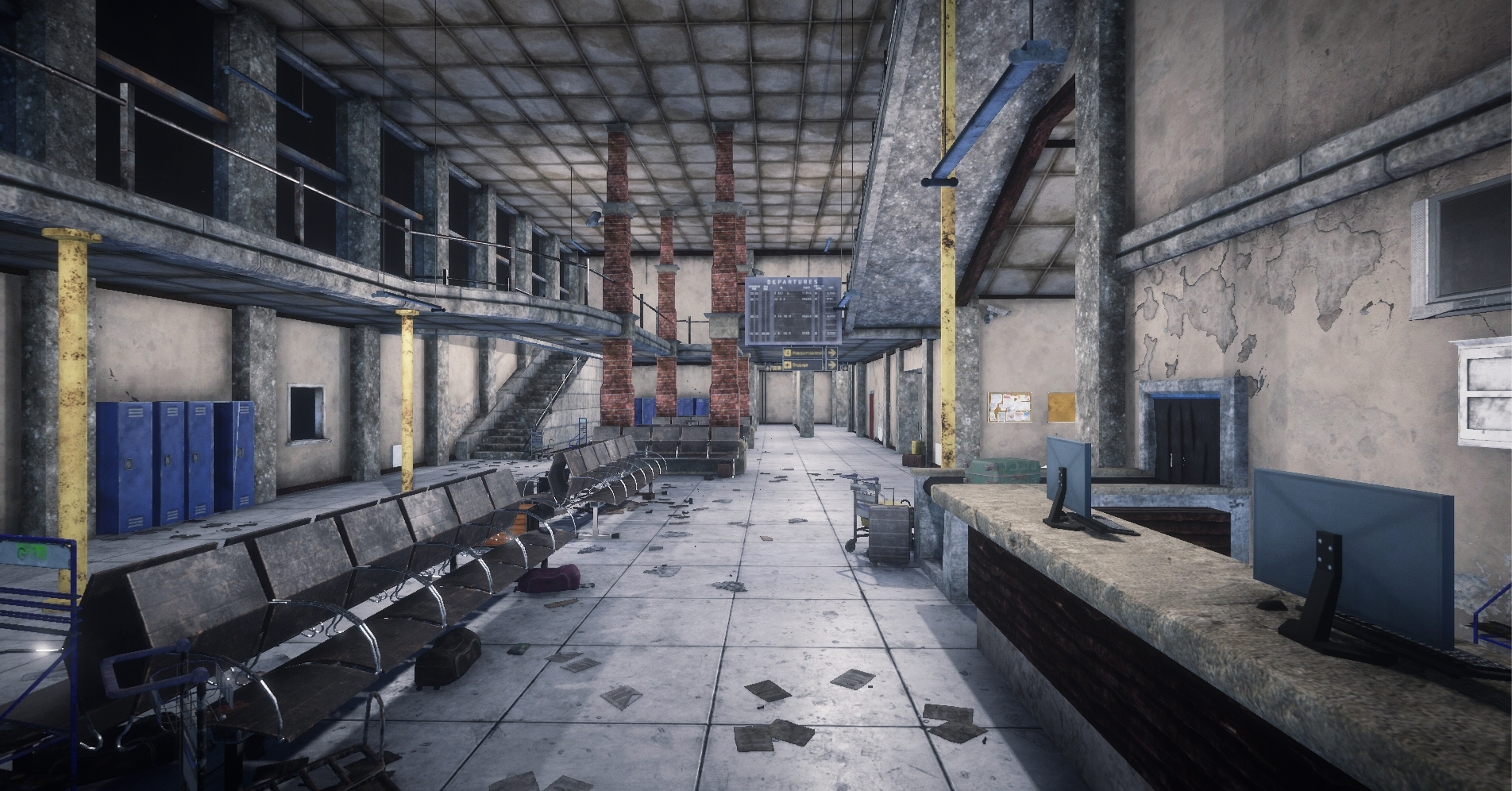 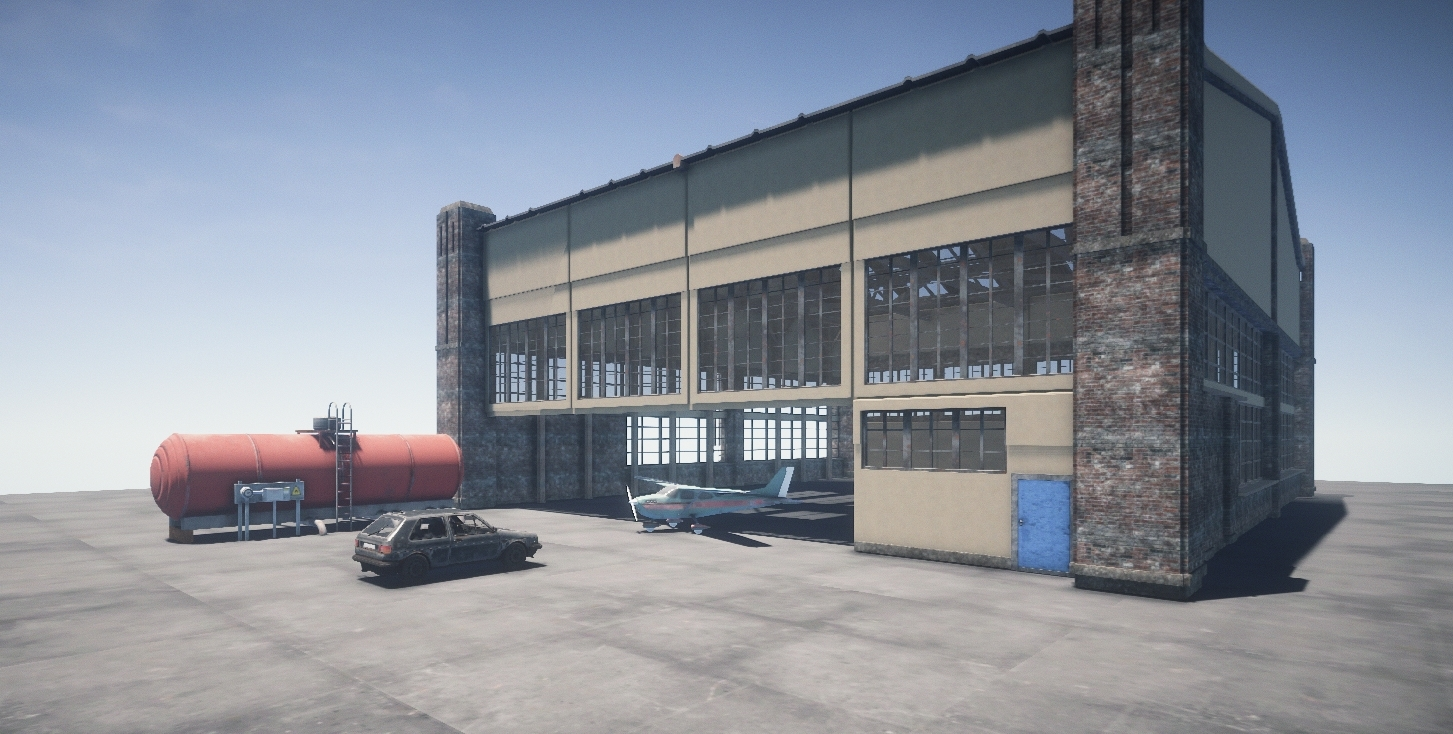 Hangar
​
Thanks for checking out our second alpha devblog. We'll do our best to get a devblog out as often as possible aside from patch weeks. Please consider switching over to our experimental branch if you're interested in upcoming features as they will be first released there. We're hoping to have the next patch out on experimental branch by the end of the month. Thanks for the continued support and continued issue and suggestion reporting . Below are some helpful links to anyone new and interested in the game. If you'd like to follow a bit closer, please consider joining our Discord we're here, we're listening!

Never ceasing to amaze, improve the big/little things and whoop ass with an update like this.
One of God's own prototypes. A high-powered mutant of some kind never even considered for mass production. Too weird to live, and too rare to die.
See i saw this pic, then i looked at Num47 profile... and thought it cant all be about sex is it? -Sneakydude
You must log in or register to reply here.
Top