First of all i'll start with the use of it. A Faraday blanket is the same principle as a Faraday cage it blocks Electromagnetic signals. Could be quite the tactical weapon if a player was to attach Faraday blankets over or under a suit they would have no ability to use VOIP but at the same time other players wouldn't be able to 'ping' them. Any sort of radar or detection system in the game would become circumvented. A Faraday blanket could also be used to improve the growth of plants as it would block any harmful EM signals, plants are believed to be affected much more than people by various radio signals. Add grow lamps under a Faraday blanket arrangement should be quite good not to mention reflecting heat quality's and insulation from cool air.

Any type of weapon that uses a remote control system to activate if a player equipped with Faraday shielding stood in front of an activation beam in theory it should bounce off them and not reach the receiver to activate a weapon. Not a very good tactic lol.

To construct it is easy

Simply stick wide strips of tin foil to the backing material and then tape the wide strips together along the seams with enough strips it will create a large somewhat flexible blanket.

Tested and used IRL, and yes it almost completely blocks my android the bars go down to 1 or 0.

Recently i brought some more glue and got creative. Decided to add a little more to my faraday blanket. 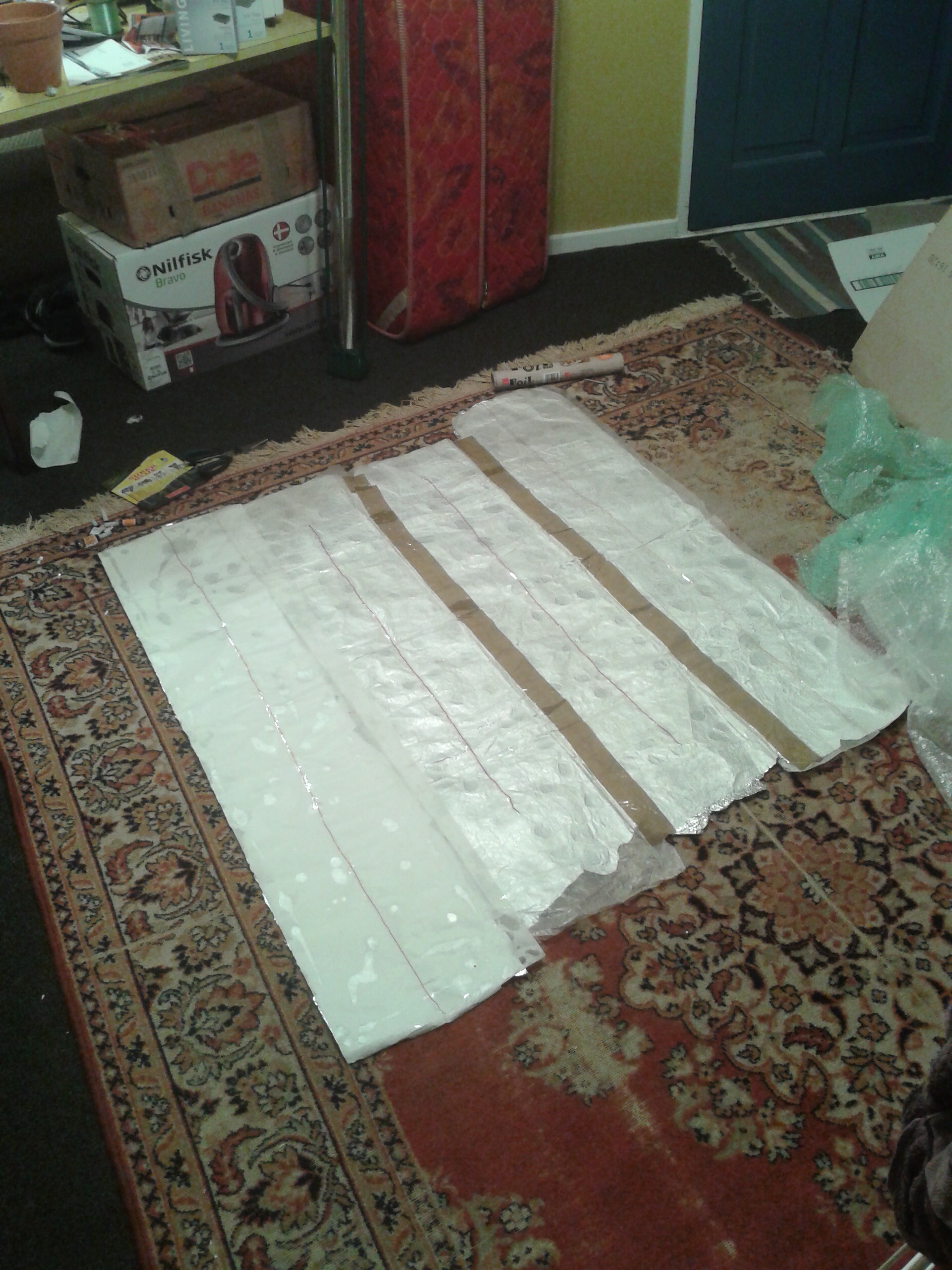 Bubble wrap added to provide an insulation layer and improved durability
-note bubble wrap as it turns out is flammable. Use caution around heaters. 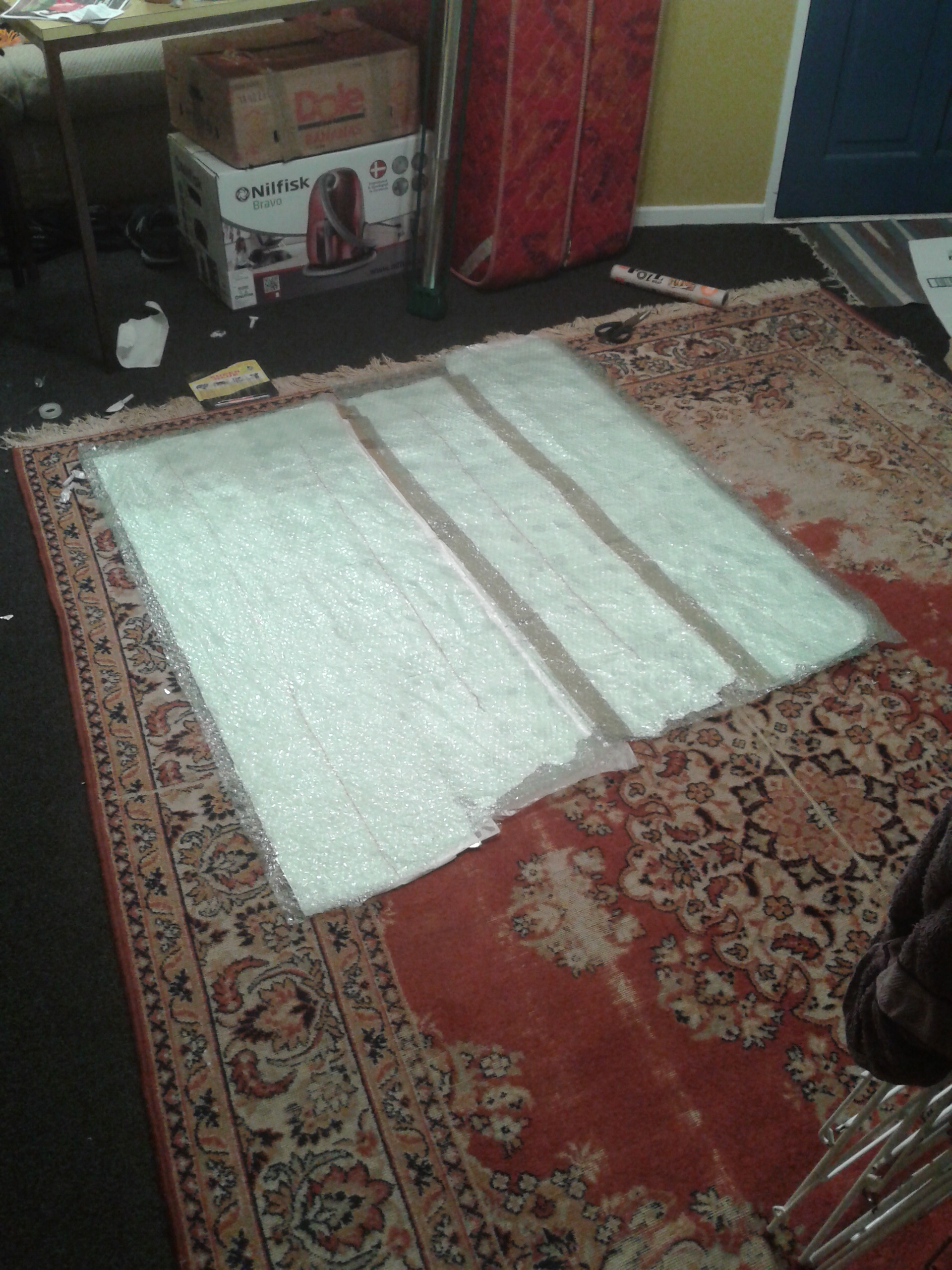 Showing foil side. The section on far left is new addition the other three are old 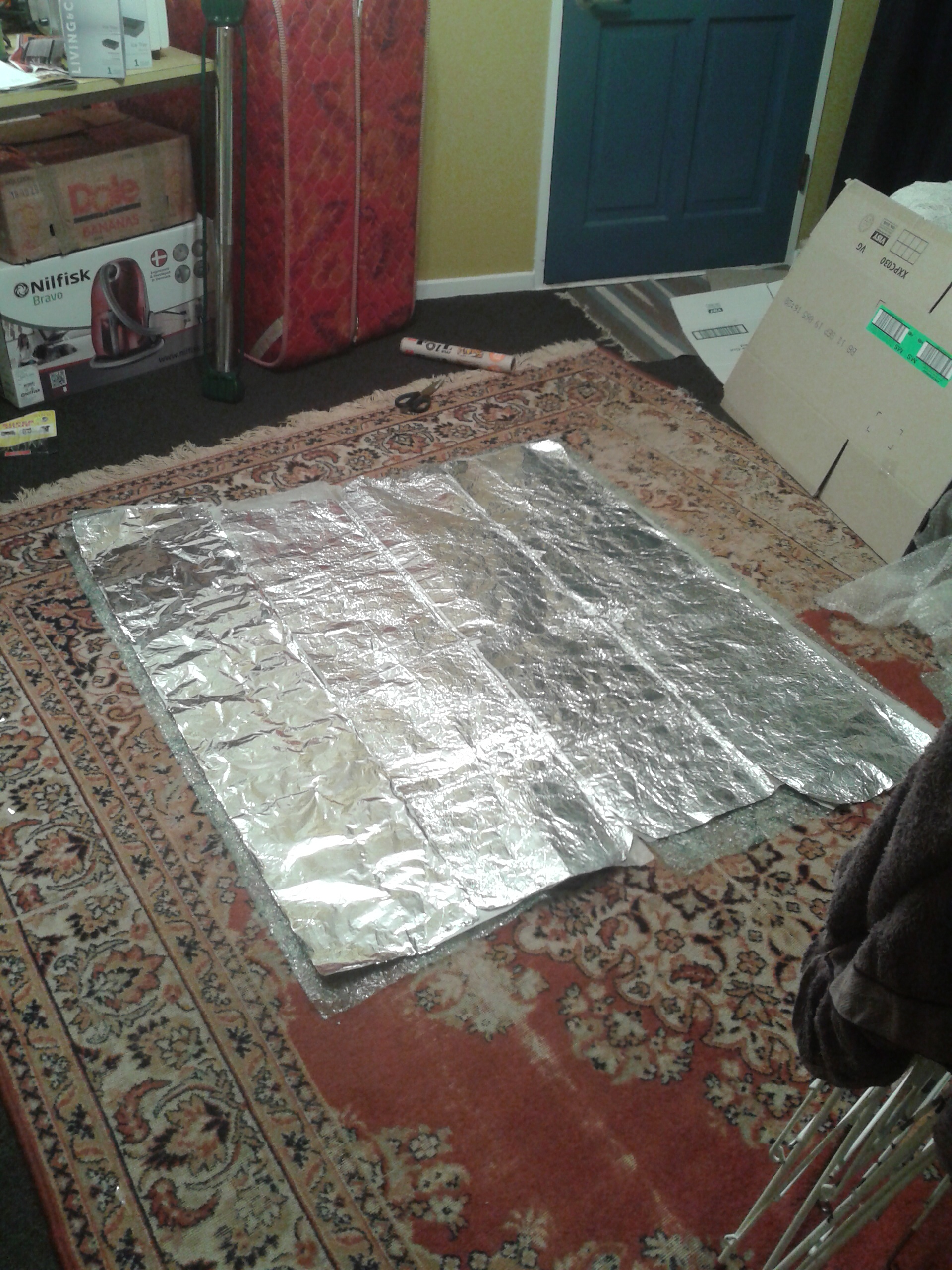 Folded up ready for the next sleep, easy storage. Next step, add another tin foil layer expand out a little more at the bottom 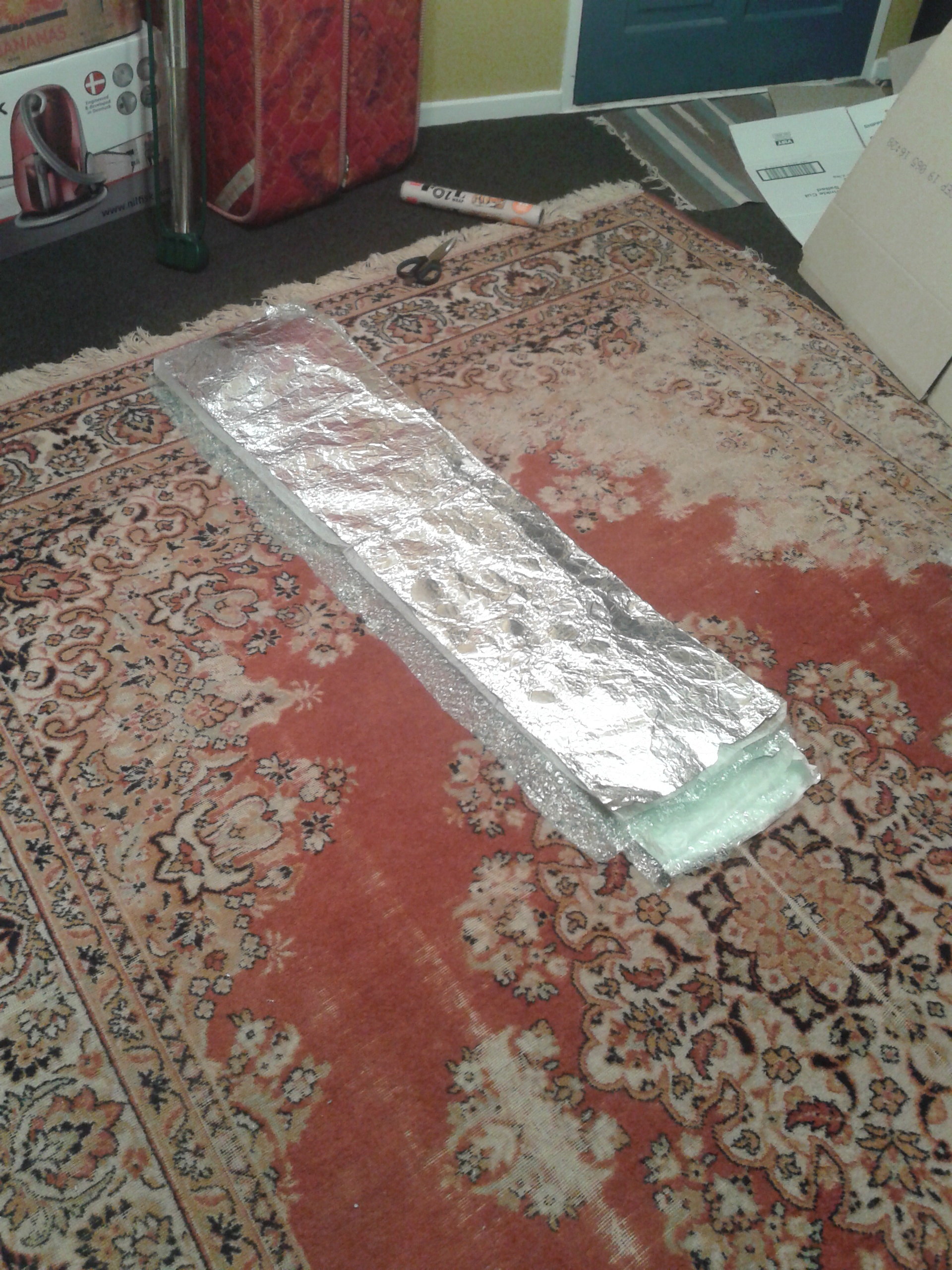 Ive been using it regularly to sleep, the first experiment i almost fell asleep instantly it was like my brain was able to disengage. NZ doesn't have as much high powered cell phone towers as some countries do, but we are getting near 5G. The signal strength is becoming concerning, 20 years ago it could be passed off as quackery. Today not so. Tesla would be unimpressed with the lack of safety being used in strong cellular data signals. Ive read stories in the US of people who have experienced hearing explosions nearby when there's been nothing in the news nothing reported anywhere. Yet they've been surrounded by high powered cell towers. Ive been finding by moving the blanket up over my head for even a short period of time its been giving me more restful sleeps, that is to say sleeping on my side so as to not suffocate that wouldn't be smart lol. I intend to place another layer of the foil as much of the foil is old and has developed many small holes. In order to effectively block EM signals shielding must not have any gaps as the signal passes straight through. Even so during a test i found the signal strength on my android dropped to around 2 bars.

I plan to hang tin foil or copper lattices around my home attached to curtains, im still investigating this as whatever material is hung could present hazards. For example tin foil would give the results im looking for i could even go 3 layers thick glued together with some copper wire embedded, im not hugely keen on the idea of tin foil fragments breaking off and going into the air which is then breathed in. Alzheimer's is well known to be caused by aluminium. One option is hanging lengths of wool with copper wire wound through that'd be extremely expensive due to the cost of wool. Wool also has good heat resistance. Curtains fine on their own, placing flammable materials on them not so fine. Another idea is simply to hang copper wire lattices from the curtains, it takes along time to build enough but it could be done for relatively low cost. Apparently chicken wire also works to bounce signals back, i dont think its flexible or light enough to safely hang from curtains. By utilizing your homes curtains in this way, you can gain around 40% whole house EM blocking which is pretty good for a hack. There are some homes now being built with materials added to the walls which fully block out all radio based signals.

Electromagnetic Pollution is a recognized growing problem, as the years go by manufacturers of cellular based technology still stand by the argument that high frequency cellular signals do not damage the human body, yet as signal strength increases this argument grows thinner. Has anyone ever wondered what it would be like to sit inside a room or walk outside and there be barely a radio signal around pinging through your head constantly? Different isn't it?

Could we craft this in game with copper wire and clean rags?
I use an image of Bagpuss as my avatar in the forums. Created by the late Oliver Postgate when working for SmallFilms. The licence is currently held by Coolabi and I have permission to use it for non-commercial instances.

Quite possibly. Are you thinking about radio stations & towers?
Last edited: Aug 13, 2019
Nads
You must log in or register to reply here.
Top