Something that could be looked into

Disadvantages:
Higher cost to startup
Placement needs to be in a sunny location for certain crops
Regular watering is required, outside not so much

The idea came is based on what im currently doing irl 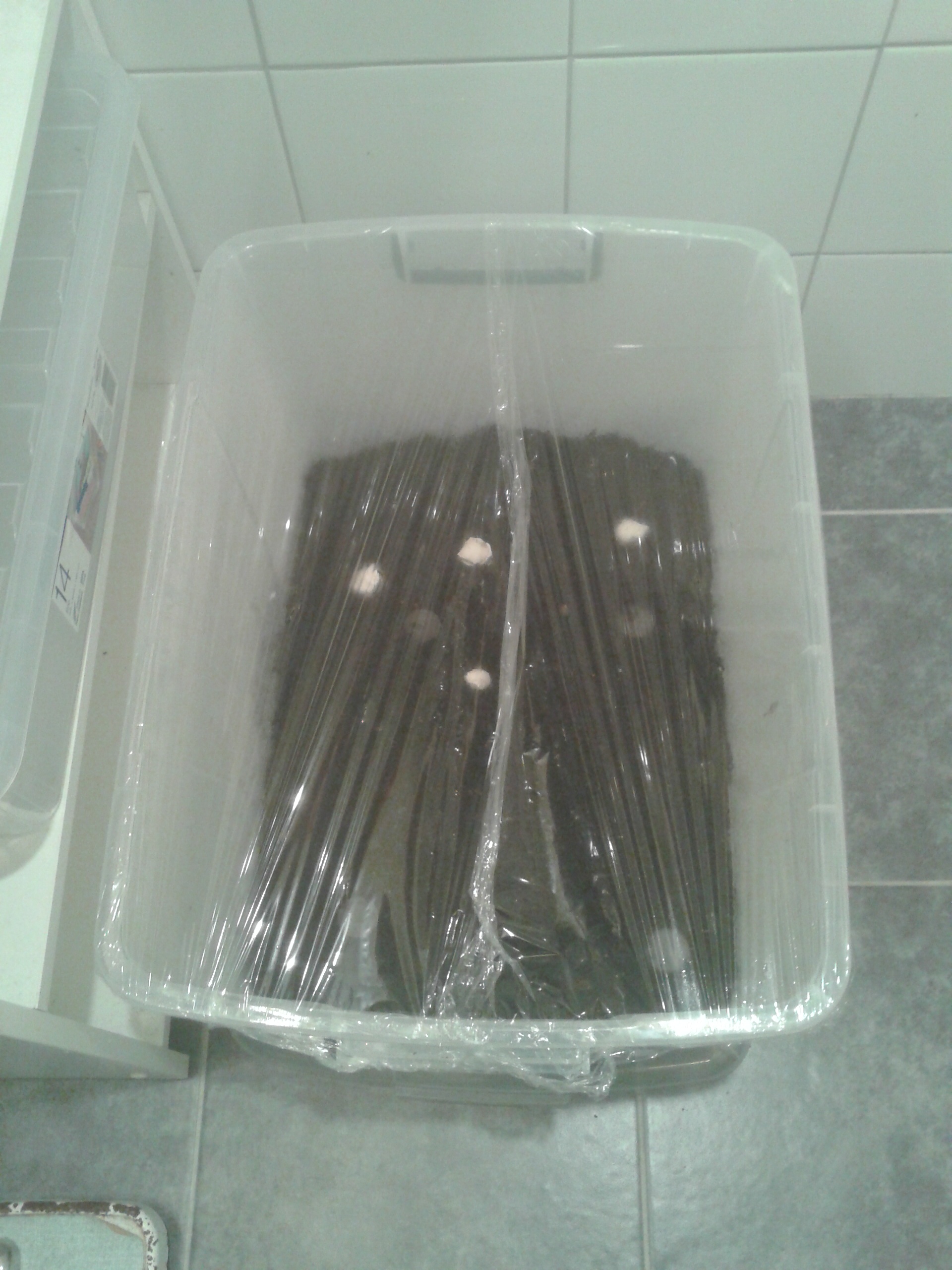 Potato plot, more soil to be added its less than half full. The soils been sterialized in my oven with ground egg shell and coffee grounds added. 52 litre clip lid container. You can just see the lid underneath acting as a drain pan to catch water as it drains through the holes that were drilled in the bottom of container. Will be buying another container to fit underneath as water catcher. The white things are mushroom stalks, after a fair bit of reading turns out that mushrooms work to enhance vegetables infact most plants making the soil more bio-available to what evers growing in it. The stalks are sitting in holes with the hope that as their filaments start to form the spores will burrow out into the soil. They are supermarket brought mushrooms. I poked holes in the plastic wrap, its temporary until a new container is brought then will be drilling holes in the lid. Watering will be fun until the container has a lid. The black circular objects are ferrite disc magnets, an experiment to see if they make the mushrooms and potato's grow faster. There's 3 potatoes burried also supermarket brought. One has already started to root as it was transplanted from a bucket. Two red skins and one white skin. Eventually the container will be full to near the brim with soil watering every 2-3 days and leaving it to do what it does.

Nads
You must log in or register to reply here.
Top