We’re moving our experimental branch to default today. We’ve done a bit of testing there and feel it’s stable enough. We’re also introducing our new and improved changelog and roadmap developed by @Clinton. This new changelog will allow you to keep tabs on us a bit better and should showcase exactly what it is we’re working on.

As mentioned in the last update, we've reworked our base electrical system. We've added some features along with a massive amount of tweaking.

The machine UI's (generators, electrical meters and breaker panels) all function now. They've also all been reworked to include the ability to interact and activate the machine. You're still able to hold E to activate without ever opening the machine's UI.

Breaker panel logic has been reworked. If a panel is powering more than it should and is overloaded, breakers will fail and the player will need to replace them. Each breaker can power a set amount of electrical equipment. Although other mechanics do already draw electricity, you'll find the main draw is lighting. You will have fair warning...as you can see in the gif below, the lights themselves will flicker and let you know things are about to go wrong.

There are many more additions and fixes in this update. It's the largest we've done. If you have the time, please remember to submit any bugs or issues you find on our tracker. It's a great help to the team!

Here you can see the new interactable generator UI

A breaker explodes in a panel box due to overload. Avoid this by adding additional breakers.

Making a little too much noise testing electrics
​
Patch Notes 0.5.13
Below are all the changes and fixes since our last default update 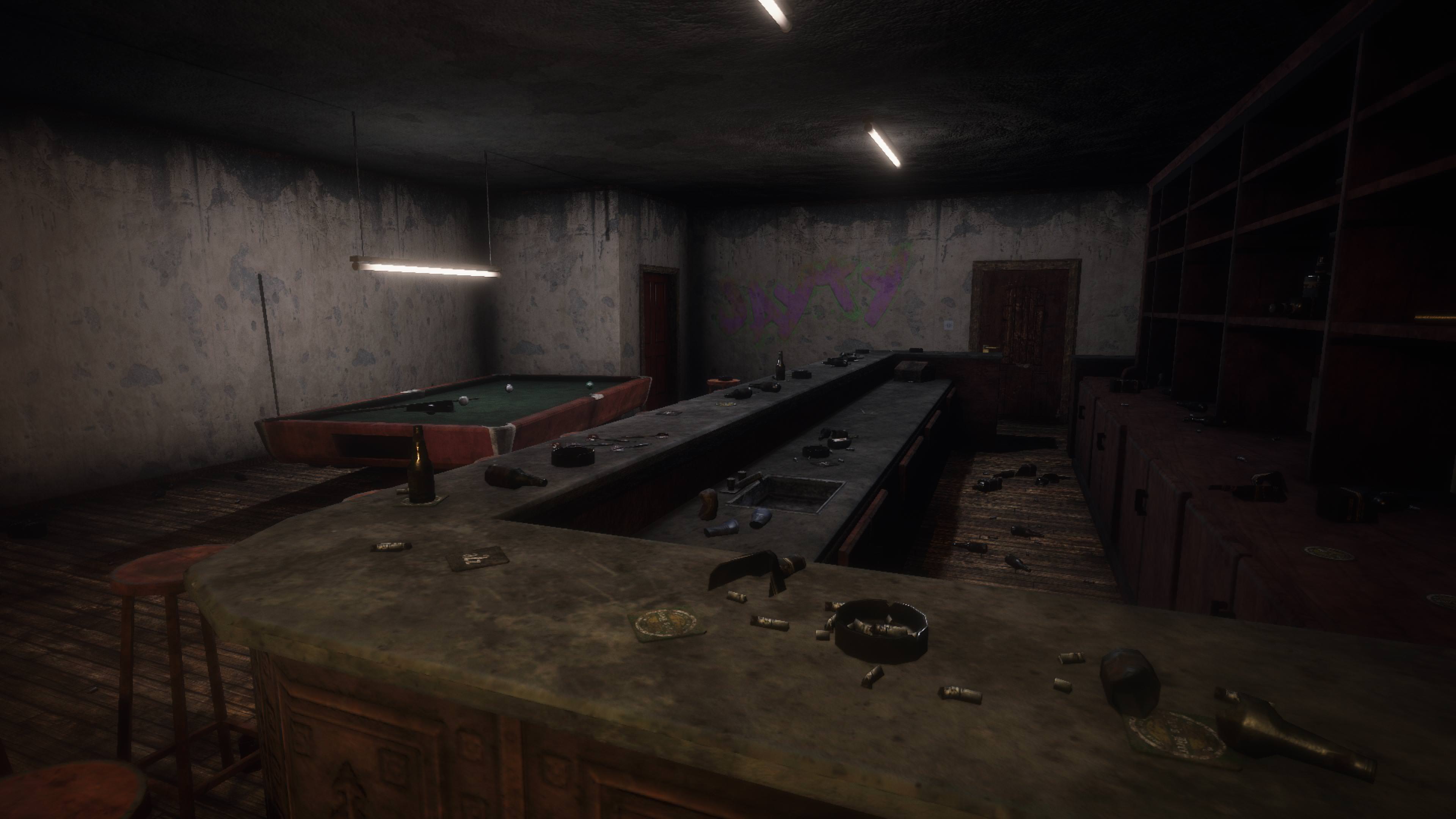 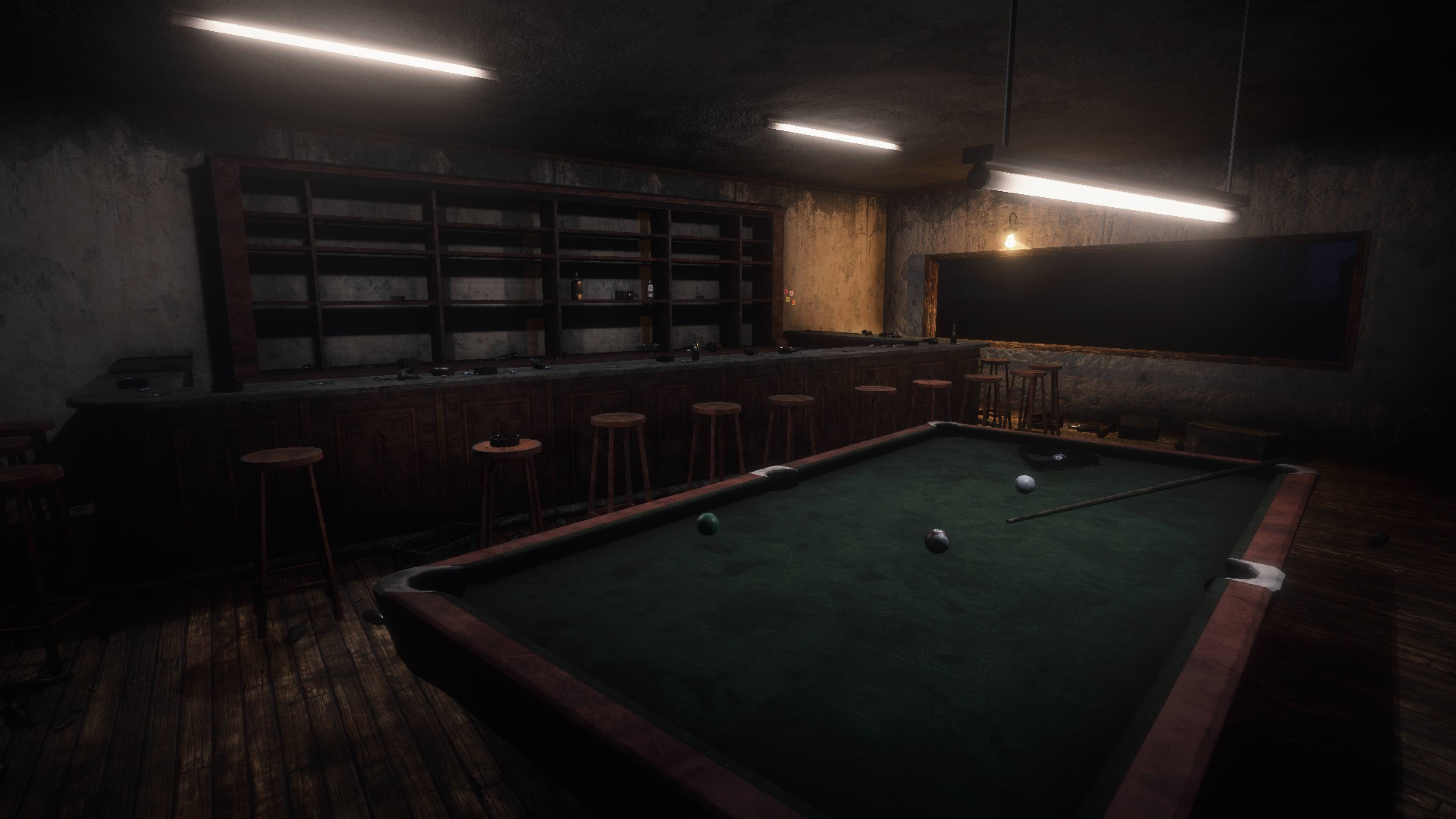 Bar redesign​
Once physical loot is in and tweaked players will know they can go to a certain town or shop when looking for certain loot. Generators can be found in hardware stores, fuel from fuel stations, drugs from the pharmacy and so on.

We'll be working on network performance. We're also in the process of developing a network culling tool that should allow us to really flesh out a physically spawned loot system.

As always, to the those that have supported us, we thank you. Thank you for the current help sorting through issues and fleshing out features. We're very excited to be able to continue working on the project and look forward to a full fledge solid alpha release later in the year! Come join us on Discord (it's nice and quiet there now with only the hardcore bug hunters and testers chatting).

Hey JB and team, its looking really good. I hope STN makes front page. I should have VDSL again end of next week, will be jamming STN hard then.

It's AMAZING! Thanks and keep up the good work

Oh WOW, just WOW!
Well done to the STN team.
I use an image of Bagpuss as my avatar in the forums. Created by the late Oliver Postgate when working for SmallFilms. The licence is currently held by Coolabi and I have permission to use it for non-commercial instances.

Can anyone tell me what happened? The game was on steam and it disappeared. Did they take it off to fix it and release it again?

Mr.Pancake said:
Can anyone tell me what happened? The game was on steam and it disappeared. Did they take it off to fix it and release it again?
Click to expand...
STN is unlisted on steam in pre-alpha which means it cannot be found by searching on steam it is hidden but you can find all the links on here and discord or a google search i think, Take a look at the timeline here https://www.a2zinteractive.net/company
** Need a Backer Badge on the STN forums? Click Me! ** Stay up-to-date on Official News & Announcements, Click Me! ** STN Changelog - Stay up-to-date on upcoming fixes & features, Click Me! ** Trouble with the Pre-Alpha download, in-game registration/login, or other STN technical issues? Email support@survivethenights.net! ** Join the discord, the fastest way to communicate **

Got a question? send me a pm
E

Hey guys. Are servers down at the moment? I have restarted the game multiple times and restarted steam.

The environment changes sound and look sweeeet... dibs on the pub.
One of God's own prototypes. A high-powered mutant of some kind never even considered for mass production. Too weird to live, and too rare to die.
See i saw this pic, then i looked at Num47 profile... and thought it cant all be about sex is it? -Sneakydude

Can't wait to see all the new additions. by far one of the most impressive games i have seen to date.

First point for me would a better hud at 3440x1440 pixel resolution.

Can´t see any information in the info boxes and it´s sometimes really hard to find the doorknob.
Easier to open a door when looking at it and not to find the exact killerpixel for the huddisplay. (which is toooo small for me)

I also vote for more loot in houses and did I say the hud is to small?
Regards Turbotobi