Thanks for checking out our 11th devblog! Happy New Year to everyone. We’ve been away for an update or two. The team took some personal time for the first time in a long time over the holidays. Jos went back home see family along with our interns Rik and Marko for the holiday and school obligations. They’ve already finished their first block which is hard to believe!

Last week everyone returned, focused and refreshed! We’re continuing on 0.9 and making great progress. Our new workflow is paying off quite well. We’re far more organized and able to work on the project as a team, where as before, things could at times feel very segmented. Below we’ve included a few snippets of what we’ve been up to. Now that the holidays are out of the way and we’re back on the grind, we’ll provide weekly updates once again.

We’re also expanding once again! We’ve been joined this week by a new intern from ROC Friese Poort in Sneek in the Netherlands. Ids Wijnja (Widge) joins the team as an intern in media design. The team is excited to have a dedicated media team member. We currently have little time to dedicate to video capture or UI art.

We’ll now have the ability to provide a feature showcase video alongside default updates. We’ve begun to lay out a video plan for our 0.9 showcase. Ids will start working on that this coming week and we’ll have more info in the next Devblog. 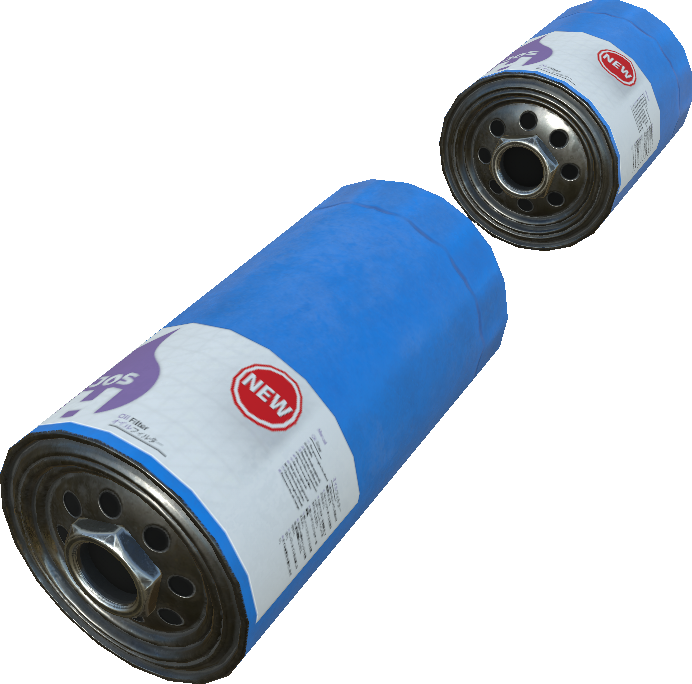 Attached to a shotgun (probably not a great idea) ​ 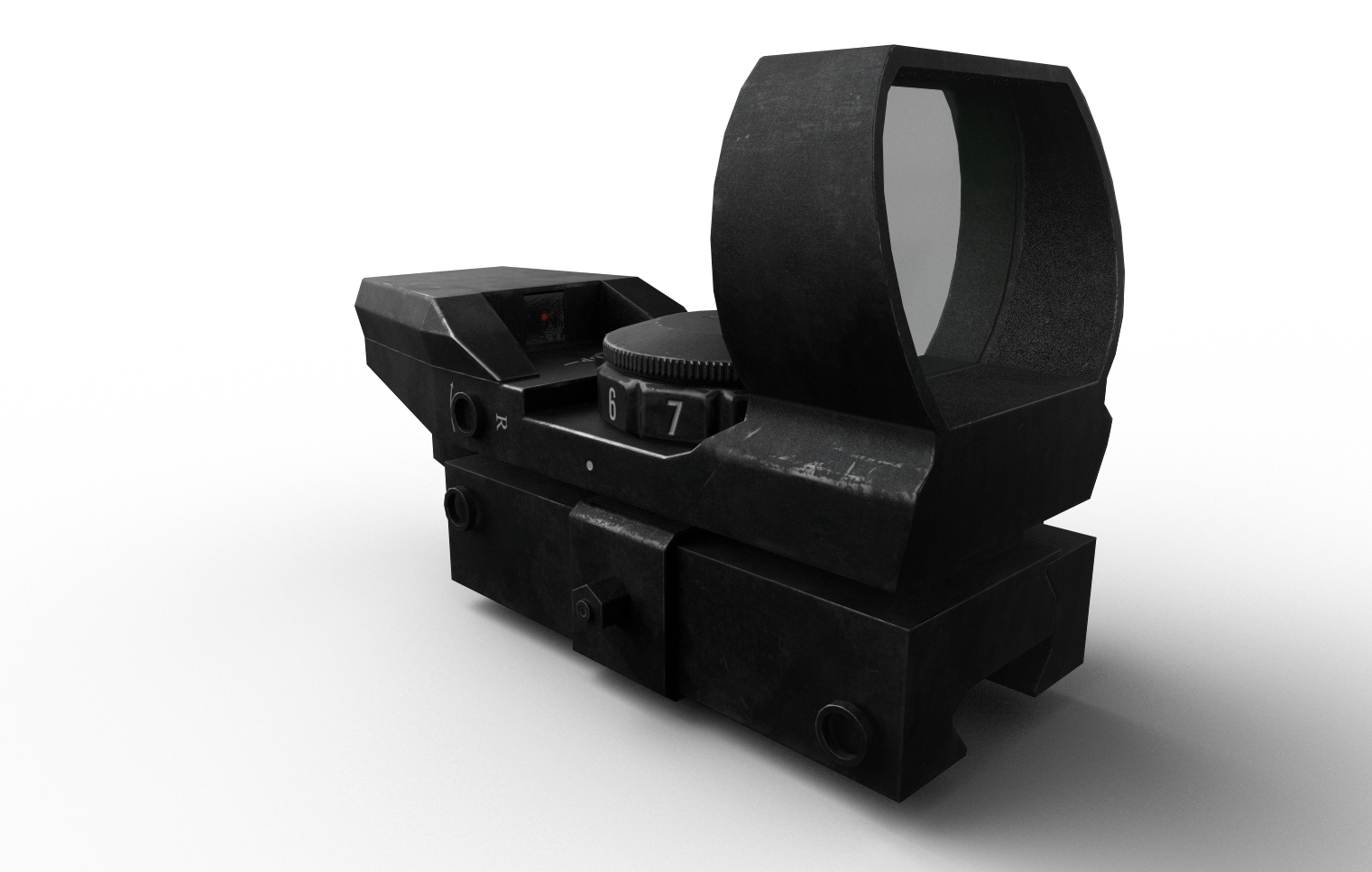 We’re also working on scope attachments and additional weapons. The ACOG is something many of you have asked for and pretty much everyone on the team wanted.​
We’ll also be introducing more scopes and flashlight attachments. If you have any suggestions or attachment ideas please share them on our suggestion page. If possible, we will include any viable ideas!

@Clinton has worked on a nice solution for an issue that we’ve faced for some time which is the stability of our lobby. Often running for days and sometimes requiring a restart or crashing, the lobby has needed some attention. Clinton has had a go at a nice panel for us. It does its job and looks fantastic. We have an accurate way to track performance on the fly now and the lobby will automatically restart should it run into issue and no one is around! 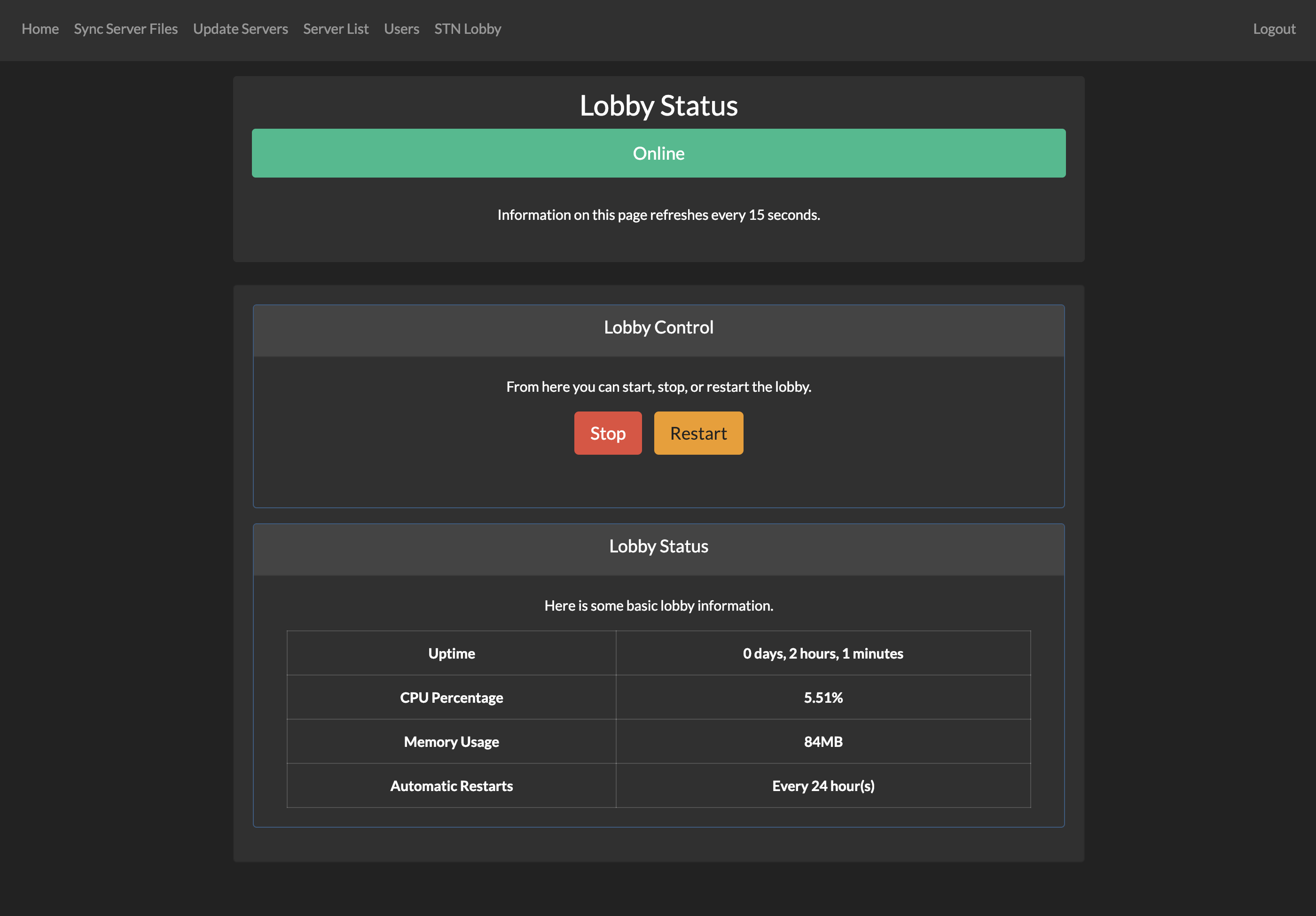 Ids has captured some new loading screens to freshen things up as part of the 0.9 update. Our tips have also all been updated to reflect features coming into the project. Below you’ll see the new control scheme (customizable inputs coming soon!) overlay that Ids created, something new players are always asking about. Hopefully this makes it a bit easier until then and even after we get custom inputs in. 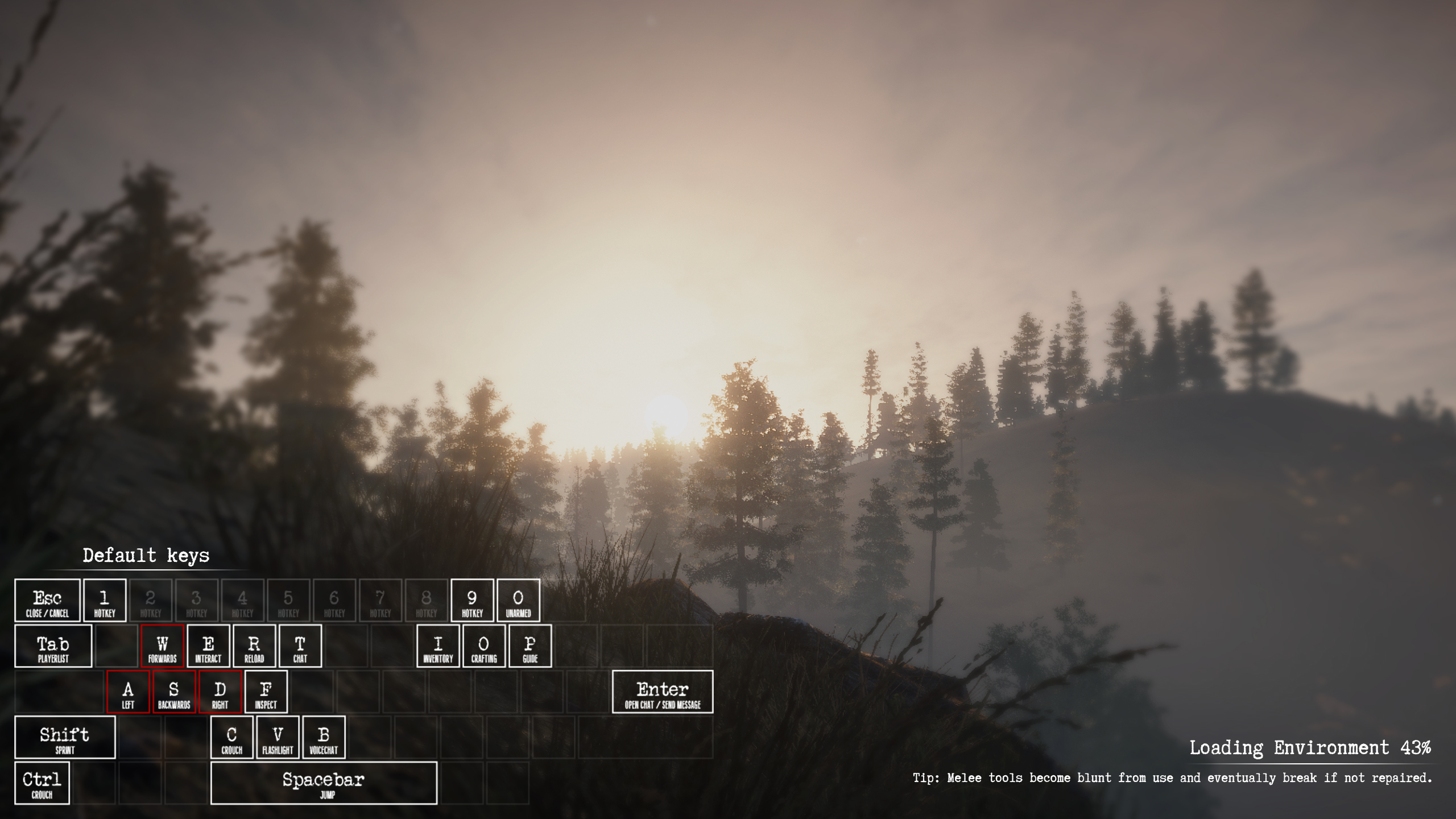 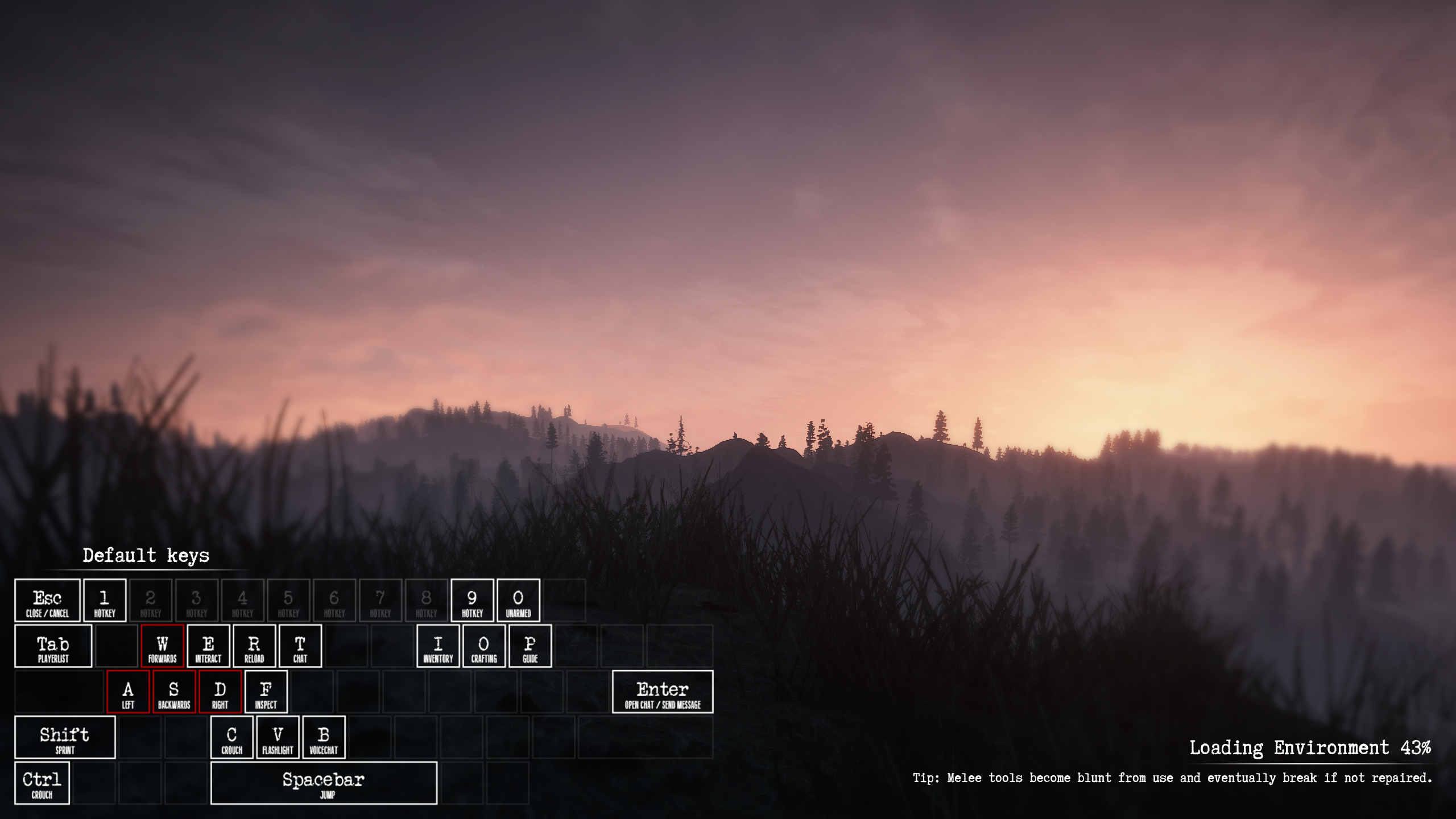 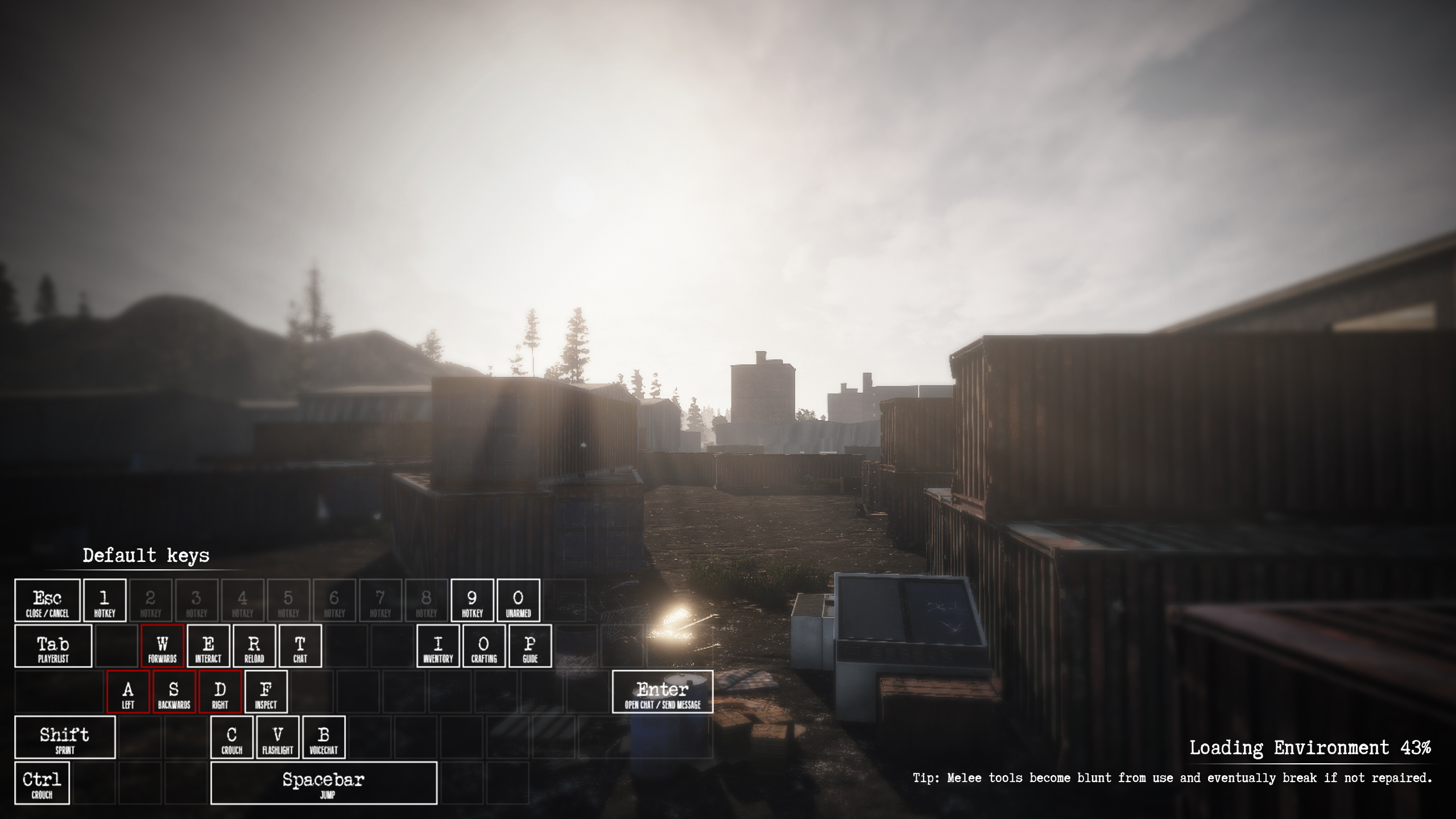 Controls clearly marked and visible during load and in control window via menu tips and shortly loading backgrounds will be update specific.
​
Sickness and Antibiotics

Curing sickness has been an issue for a while. We'll introduce an antibiotic drop in 0.9 and as you can see there's a 100% chance of cure with these. You'll find them in medical cabinets and pharmacies. 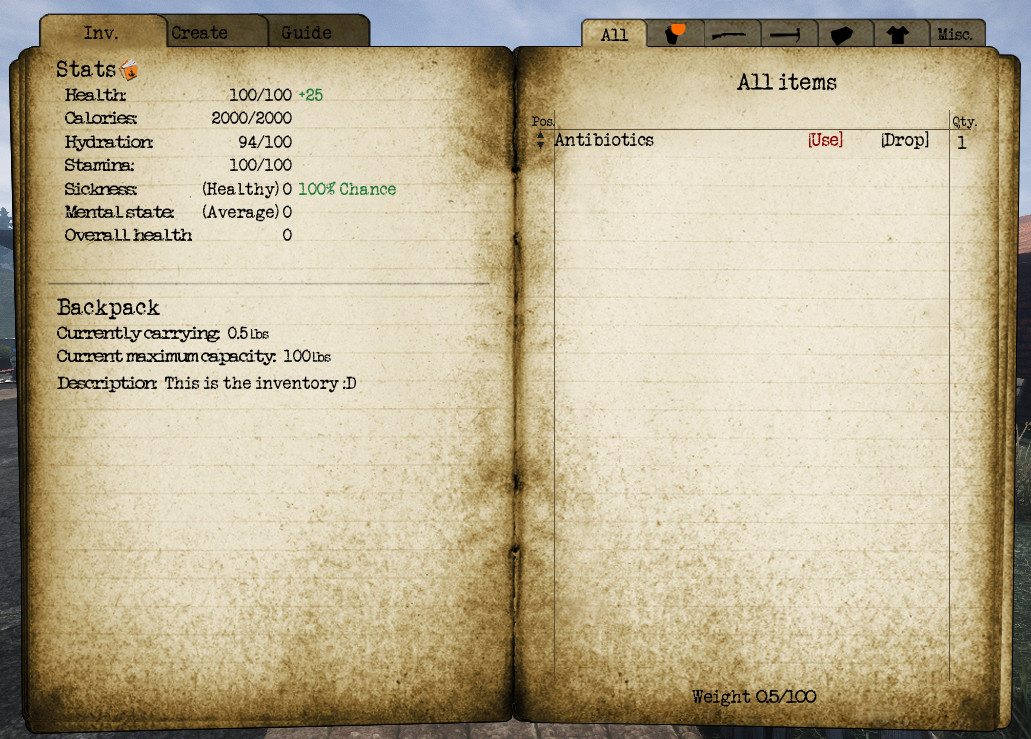 Antibiotics introduced for 0.9!​
The team would like to wish everyone a Happy New year once again! You can check our next set of goals and 0.9 progress whenever you'd like via the changelog. Thanks for checking in and the continued support!

Part of the gucci gang

ITS OKAY TO BE GAY
(because i am)

i love how this games models look

DAMN LOOKING GOOD. GONA HAVE TO PLAY WHEN I GET SOME TIME
100%

Really good progress team. Absolutely love how people are thinking outside of the box. Automation improvements is great stuff, thanks Clinton 'any chance that'll be bundled with the dedicated server?'. Keyboard overlay is a great idea. Welcome to new team members you've joined a growing company

Keep thinking, keep doing. Cheers.
Nads
You must log in or register to reply here.
Top