Thanks for checking out our 26th devblog! We’ve released 0.11.26 build to our default branch on Steam. All branches should now be 0.11.26 so it shouldn't matter what branch you're on. Feel free to check that out as we need some feedback. There’s a lot of testing and breaking to do so go at it! Please check against the 0.11.26 changelog and report findings on our tracker.

Our devblogs will not be as content heavy leading up to our first public alpha build. While there's still much development happening most of what will be going on from this point until the initial release is polish and balance. The team is working on putting some good balance into existing features and smoothing out the general gameplay. The first alpha build coming this summer will feature most, if not all, concept video features in one form or another.

Vehicle spawning is now random along with randomized vehicle parts. While you'll only have access initially to the RV and the cricket for testing, the random part spawning and vehicle condition should add a good deal of variety. All vehicles will have random part spawns and conditioning. The video below outlines a bit of how the mechanic works.

Our towns are near original. We've gone back to them here and there, adding new props and structures but in the recent weeks Jos has spent a good deal of time and effort on optimization and general looks/improvements. Towns have been 'cleaned' up and roads made a little more accessible. Cleaning the roadways and parking lots up was needed for vehicle introduction as it was a real burden to drive the roads before this. Below are some shots of these improvements, old and new. Eventually, we'll likely be adding an additional town or two. We've concepted and spoken about adding onto smaller existing towns also. 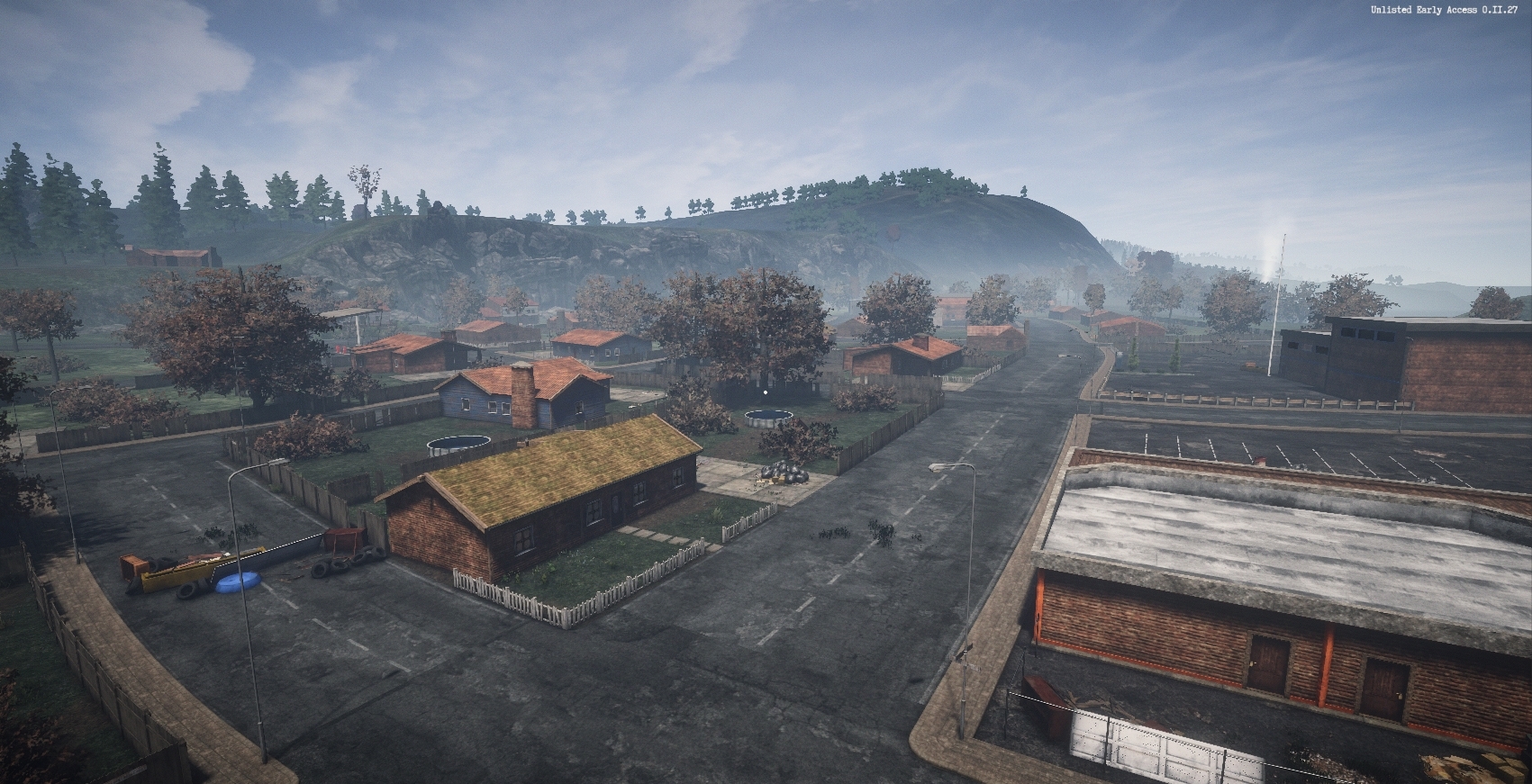 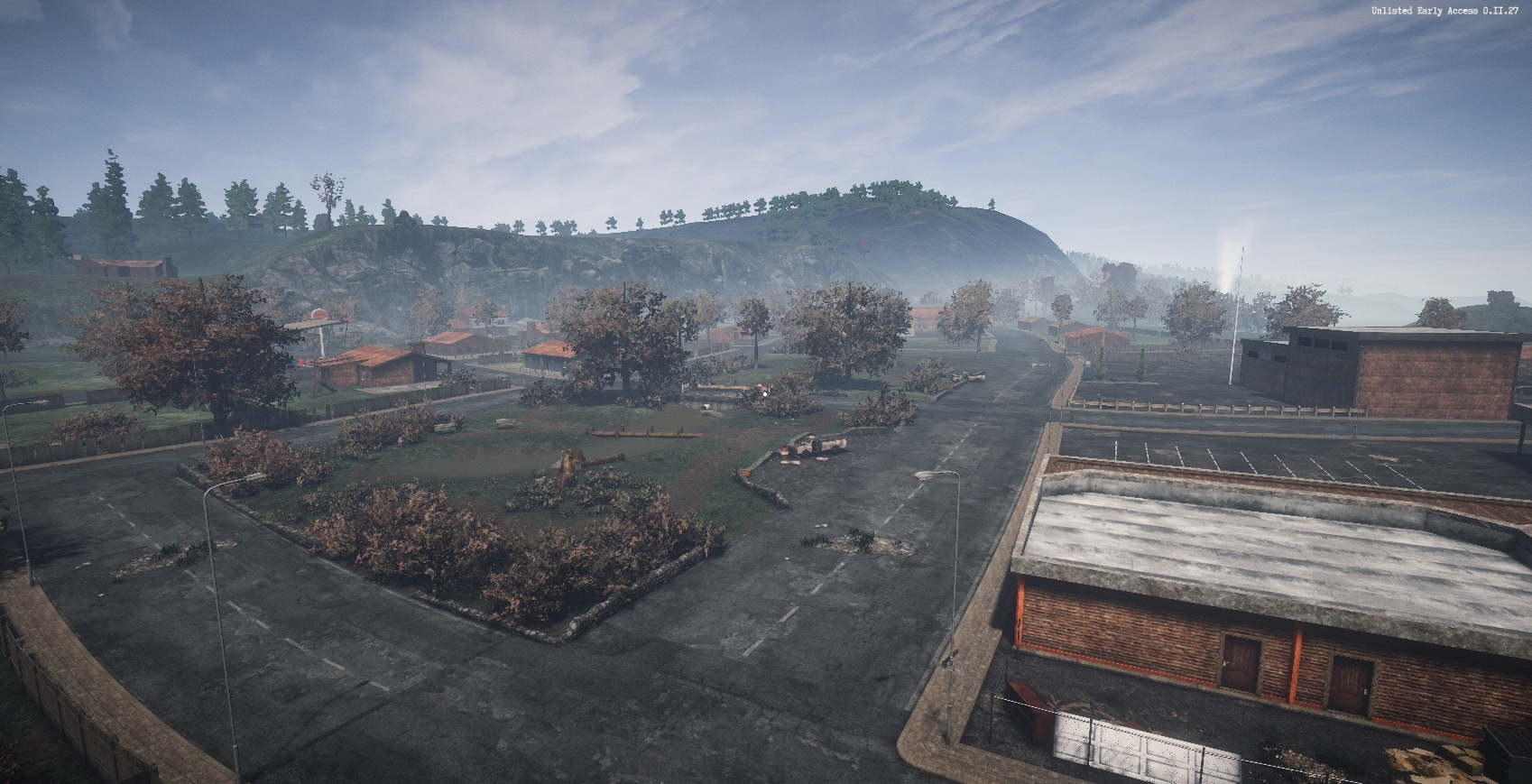 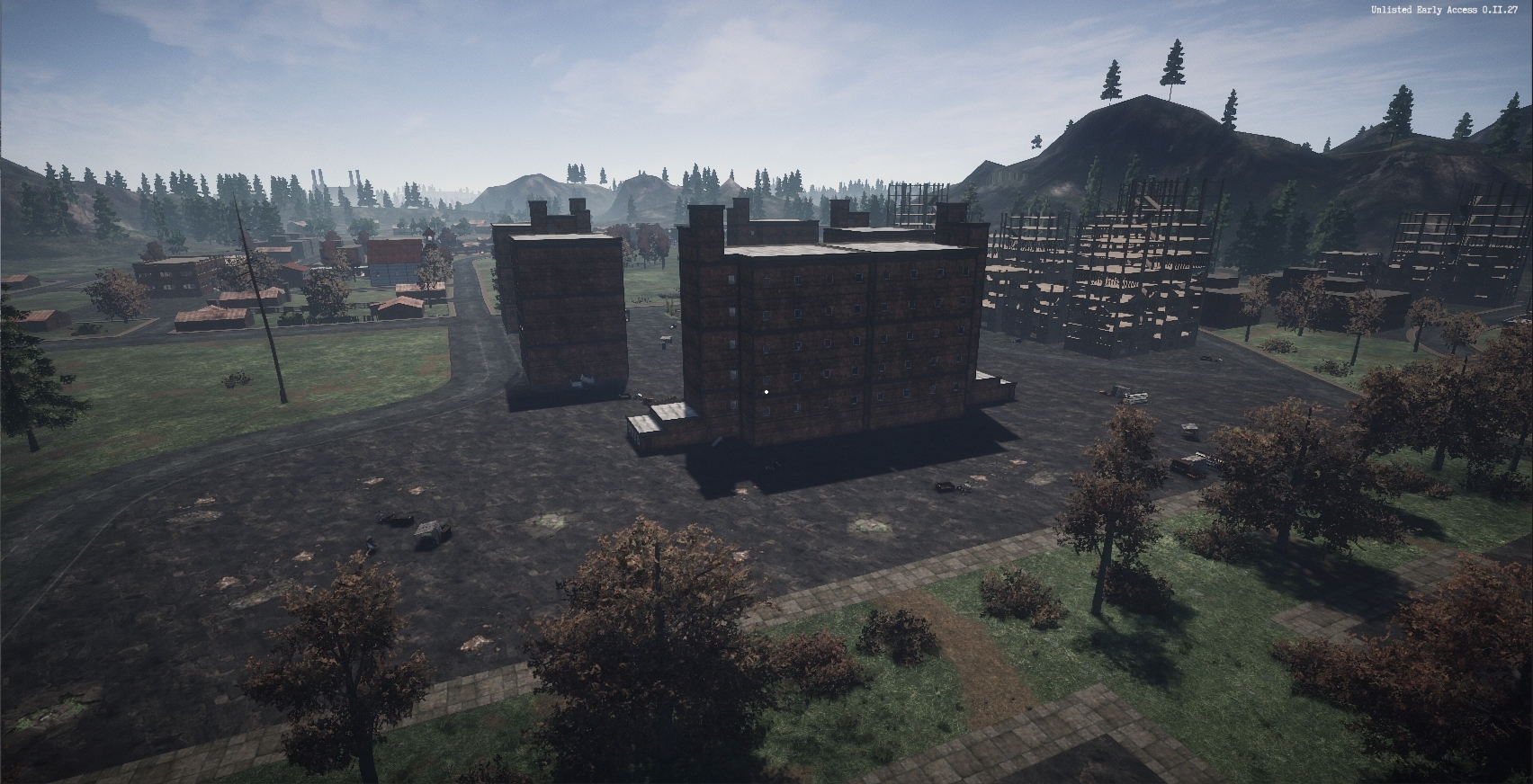 Union Point old builds featured far too many apartment structures. This was some of the reason performance in Union Point was so rough. 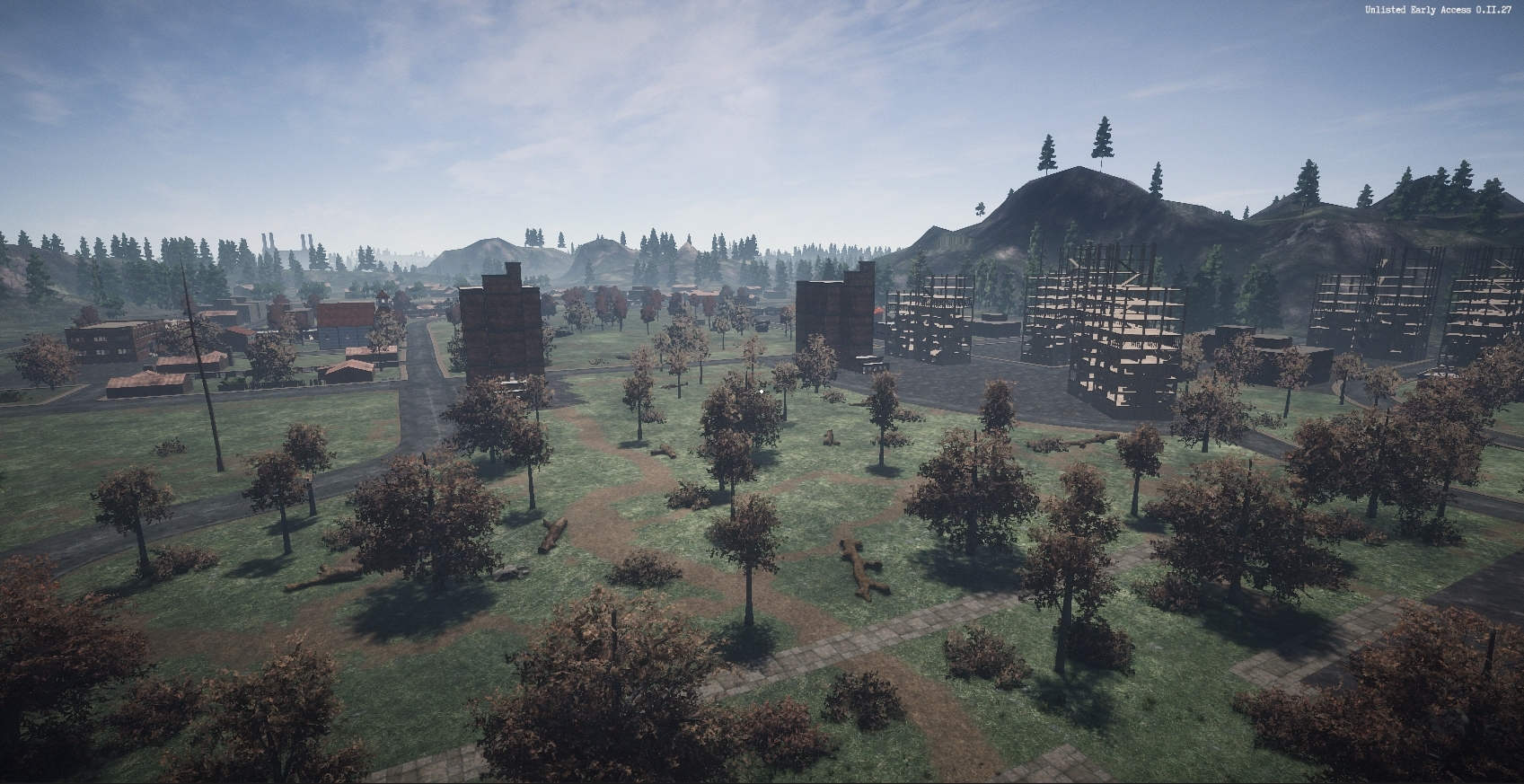 Park added and structure clumping cleaned up. All the towns have had some debris removed but it's still very post apocalyptic. 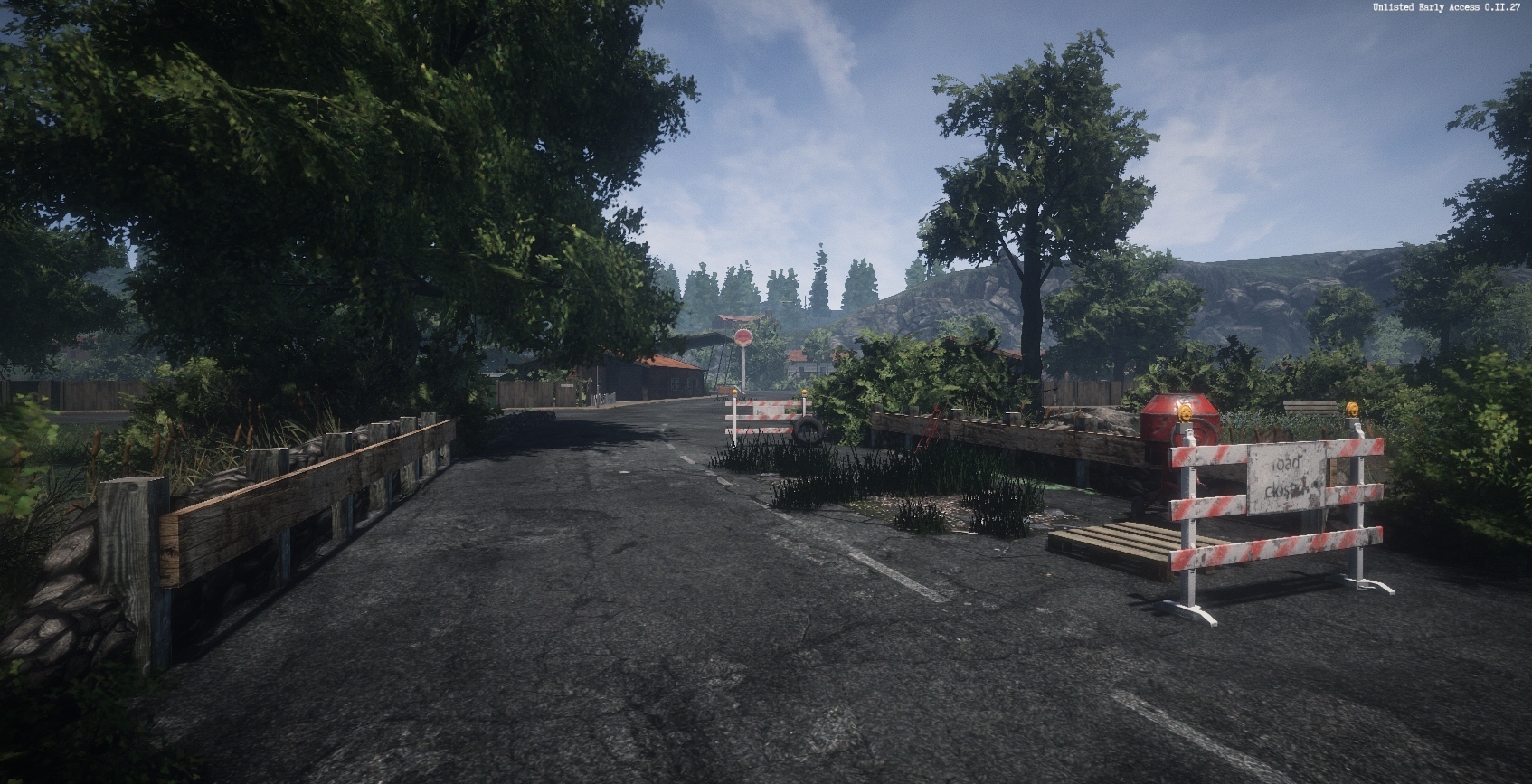 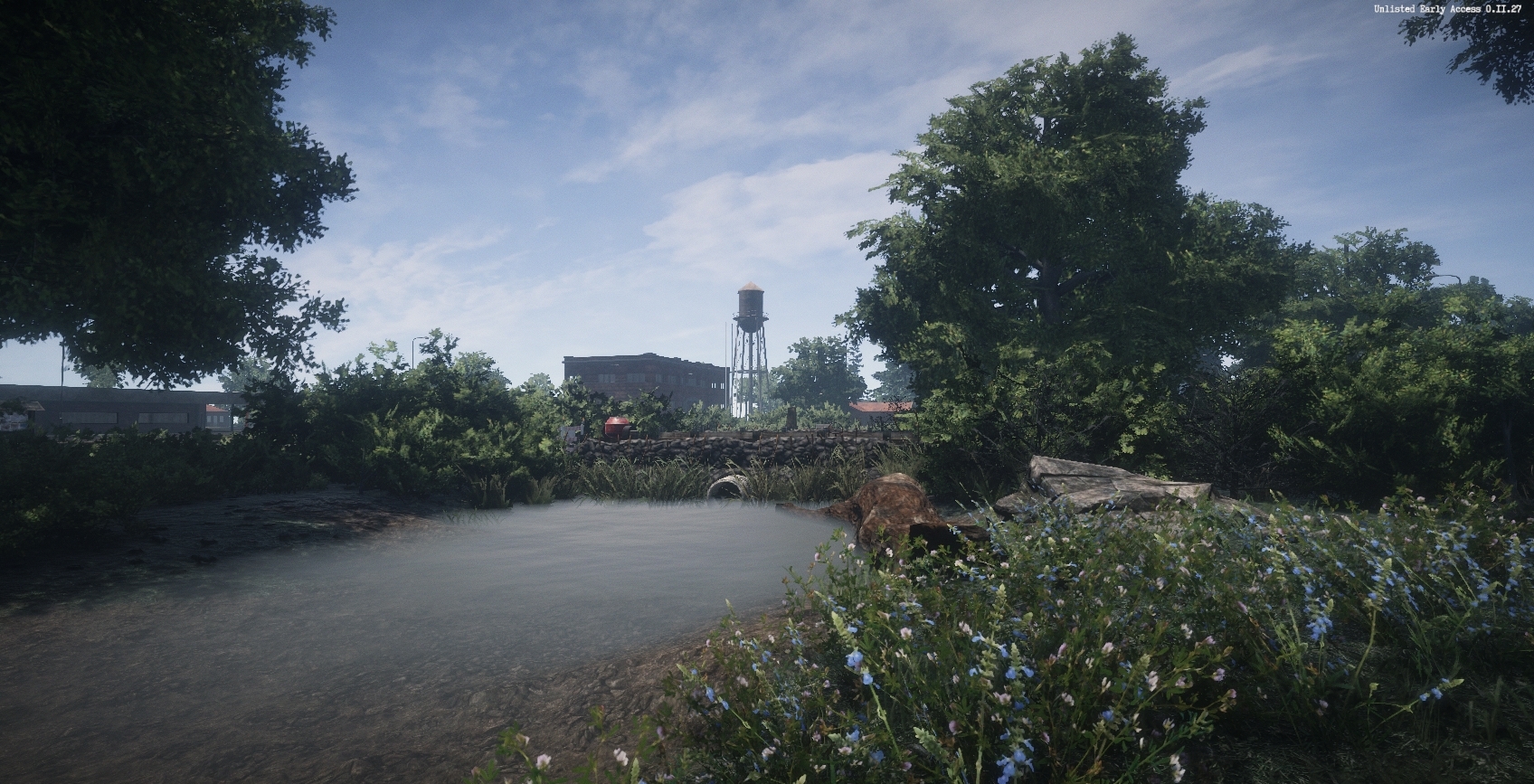 One of our current issues is structure claiming. Not so much from a pvp perspective but more so from a pve view. Structures currently have no 'claim' system. Players are finding zombies spawning inside their fortified buildings. This puts a big damper on things when you're trying to survive. We have concepted a few ideas but would love a bit more insight on to what you guys think would be a good system to avoid this issue. If you have any ideas, please feel free to share them here on this open forum thread.

A few weeks back James and the boys did an interview for BBC's No Filter. If you'd like to check it out the link is right here. Thanks much to the BBC crew and Kofi - the guys had a good time and the interview came out cool.

These are only a handful of what has been worked on in the last couple of weeks. Check out our changelog for a full list of what the team has been up to. Thanks much for checking out the devblog. We hope to have .12 in an experimental stage shortly. As always, thank you for the continued support. The project has come a long way and we're excited for the coming months leading up to our public alpha release and beyond!

The RV is coming. Perhaps my breakfast rat burger as well? Great job people.
Liked the BBC vid as well.
I use an image of Bagpuss as my avatar in the forums. Created by the late Oliver Postgate when working for SmallFilms. The licence is currently held by Coolabi and I have permission to use it for non-commercial instances.

Really good interview, honest and to the point. Was that some future gameplay i spied

Vehicles are shaping up good work! Love how the maps becoming more individualized, the nitty gritty is what takes the most time where you start to radically vary regions.
Nads

Dr. J said:
Perhaps my breakfast rat burger as well?
Click to expand...
Nads
You must log in or register to reply here.
Top