Thanks for checking out our sixth devblog! The 0.8 update is coming along nicely but it will not be released this week. The new interns (Rik and Marko) have slowed us just a bit but the boys are keen and going to be a fantastic addition to the project and team! We’ve not had new blood in the office for some time now. Bringing the guys up to speed, showing them our workflows and development process has taken a bit of time.

We should have a solid experimental build out in the next week or so. Once again all tentative but that’s what we’re shooting for. There will be a weekly update either way so you know what we're up to!

In the last devblog we explained a small part of our workflow, fixing bugs and implementing features. We’re currently explaining the workflow to the new guys Rik and Marko (obviously now being called Rik and Morty).

@MarkoSt is a programming student and intern excited to assist in any way he can. @Jayty is our only programmer (with @André Kats assisting when he can). James has spent the week explaining our systems, workflow and development process. Marko will be a fantastic asset to the team once brought up to speed and the project should be a great platform to learn and actively use new and existing skills.

@Rik Konings is being brought up to speed and is working alongside @André Kats so he’s in very good hands! Rik is getting used to our workflow and is already producing some test models. We’re excited to once again have a dedicated 3d artist on the team full time! Survive the Nights should be a great outlet for Rik to learn new skills and showcase the ones he already has. Below you can see an example of Rik's first model tests, a hammer and jerry can. Simple models but a totally new workflow and work environment. Rik is super eager to get cracking away on models! 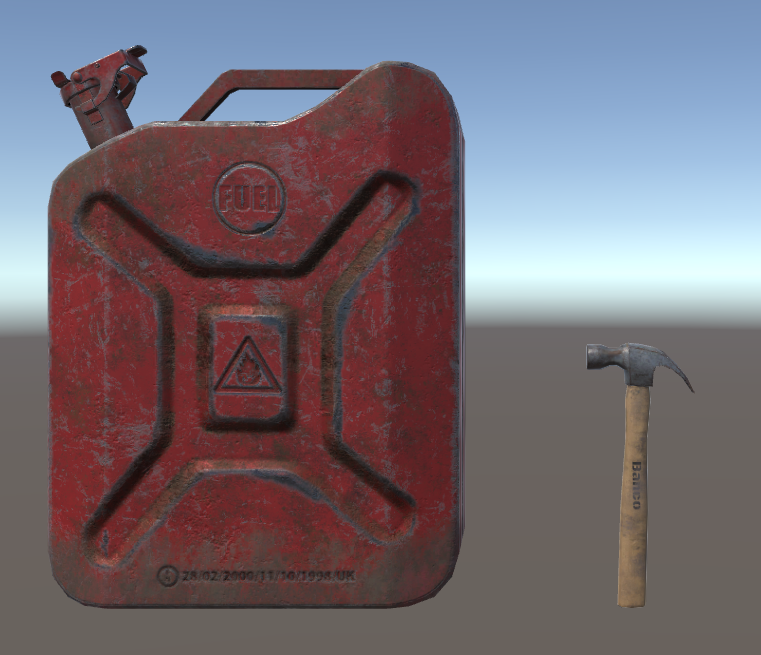 Newly created models that have been created to introduce our workflow. Credit to @Rik Konings
​
Points of Interest (Future Updates)

@Jos Heuvelink has been working on fresh spawns and points of interest. We still have a lot of design work to do as we work through pre-alpha and well into alpha. There are many more 'in-betweens' to fill out along with the possible addition of another north easterly town and theme park.

Jos has been designing fresh spawn areas adding structures like housing and commercial warehousing. Below are few examples including quite a few shots of the Airport which will be introduced in an upcoming build. 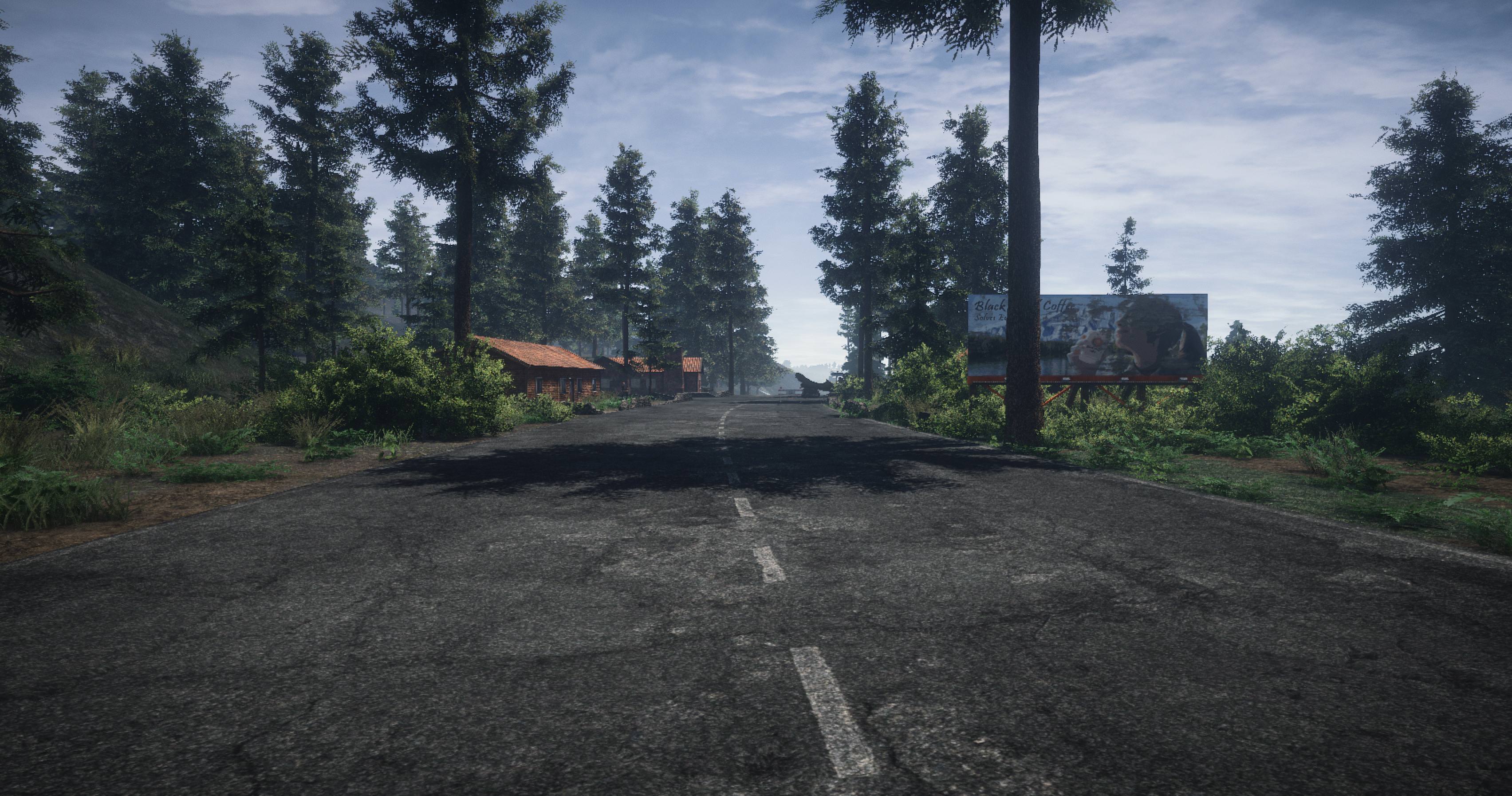 This fresh spawn housing will allow players spawning in for the first time to access some starting loot. 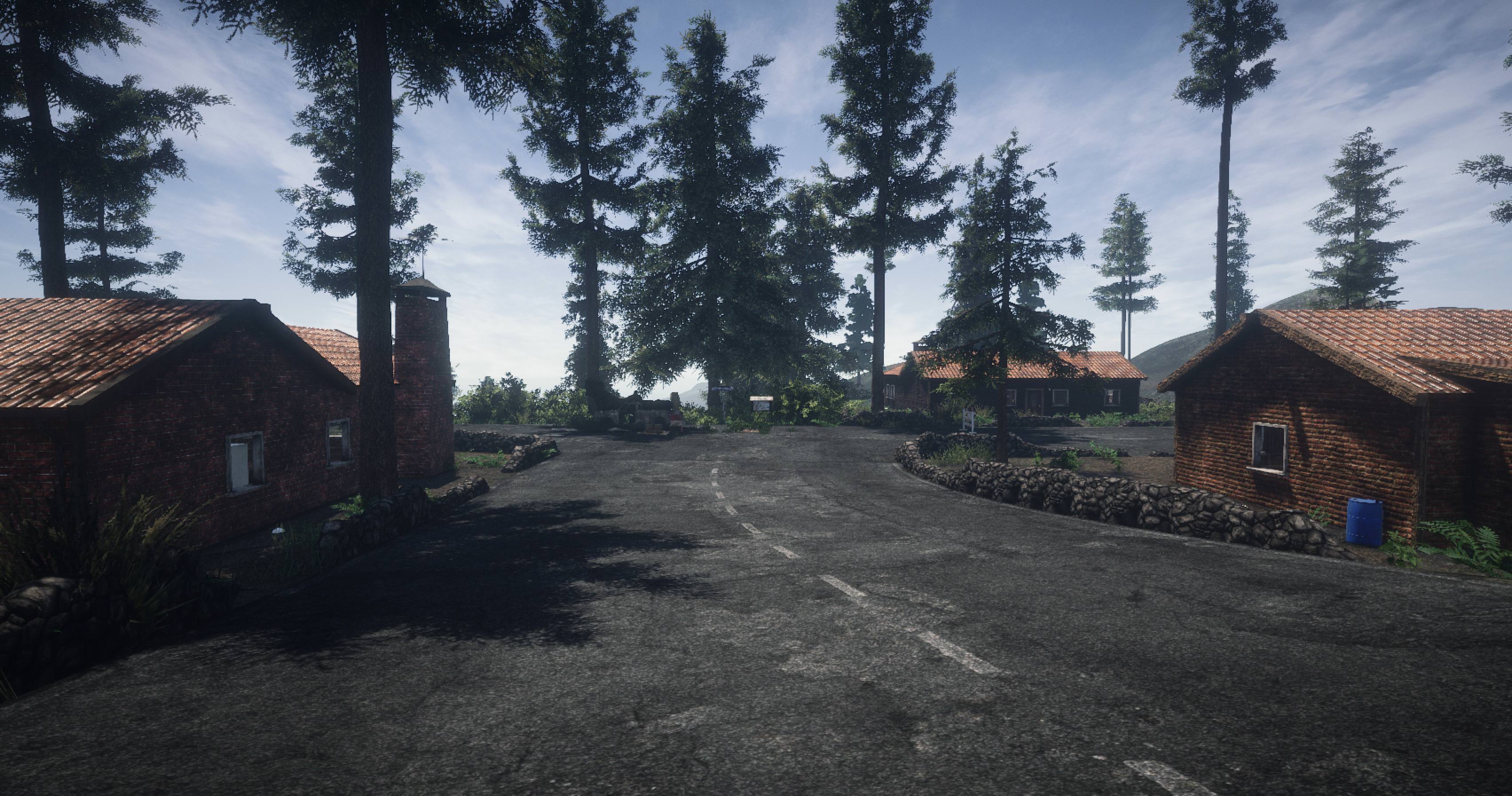 Housing and roadsides directing players to nearby towns. 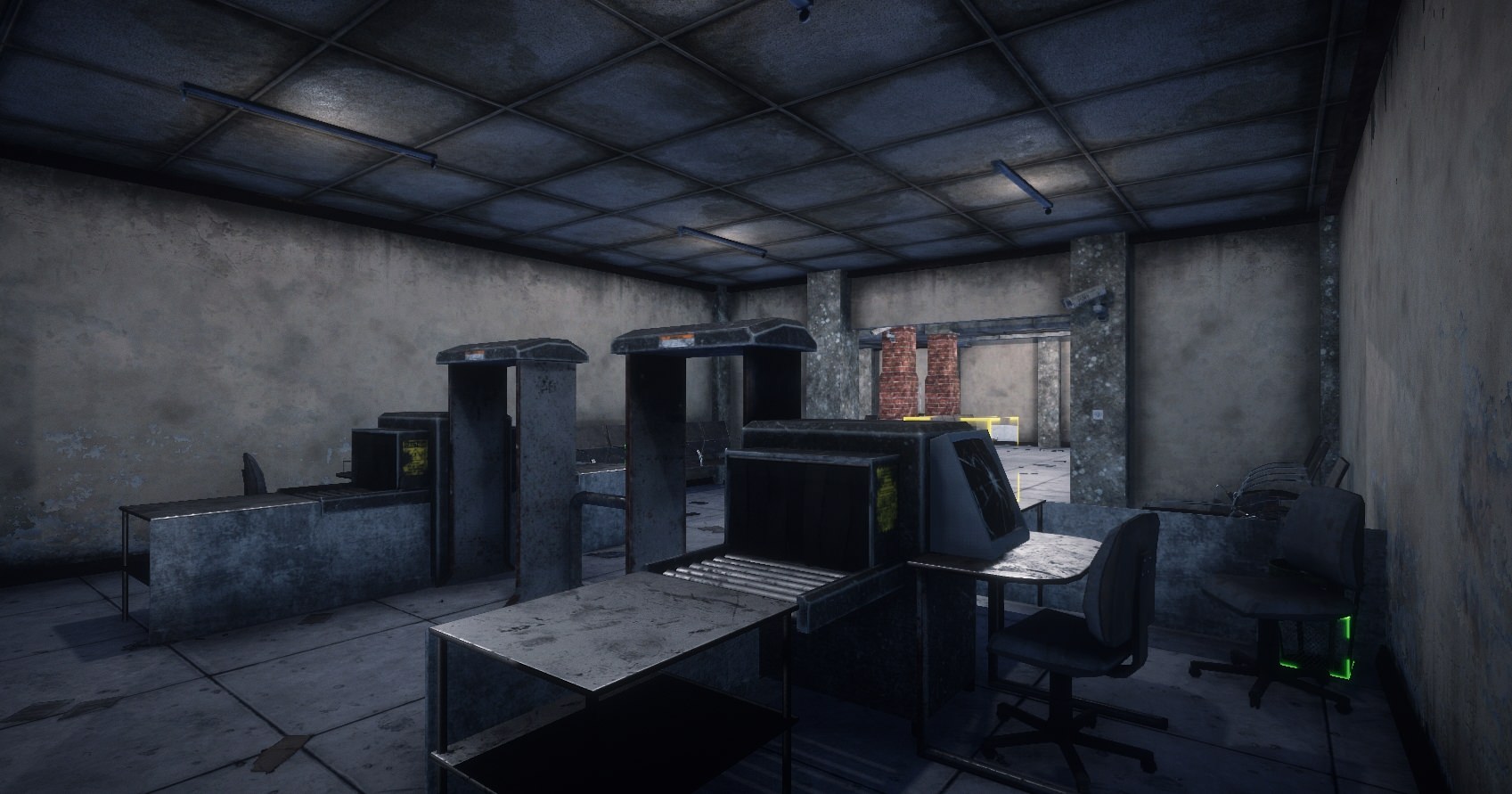 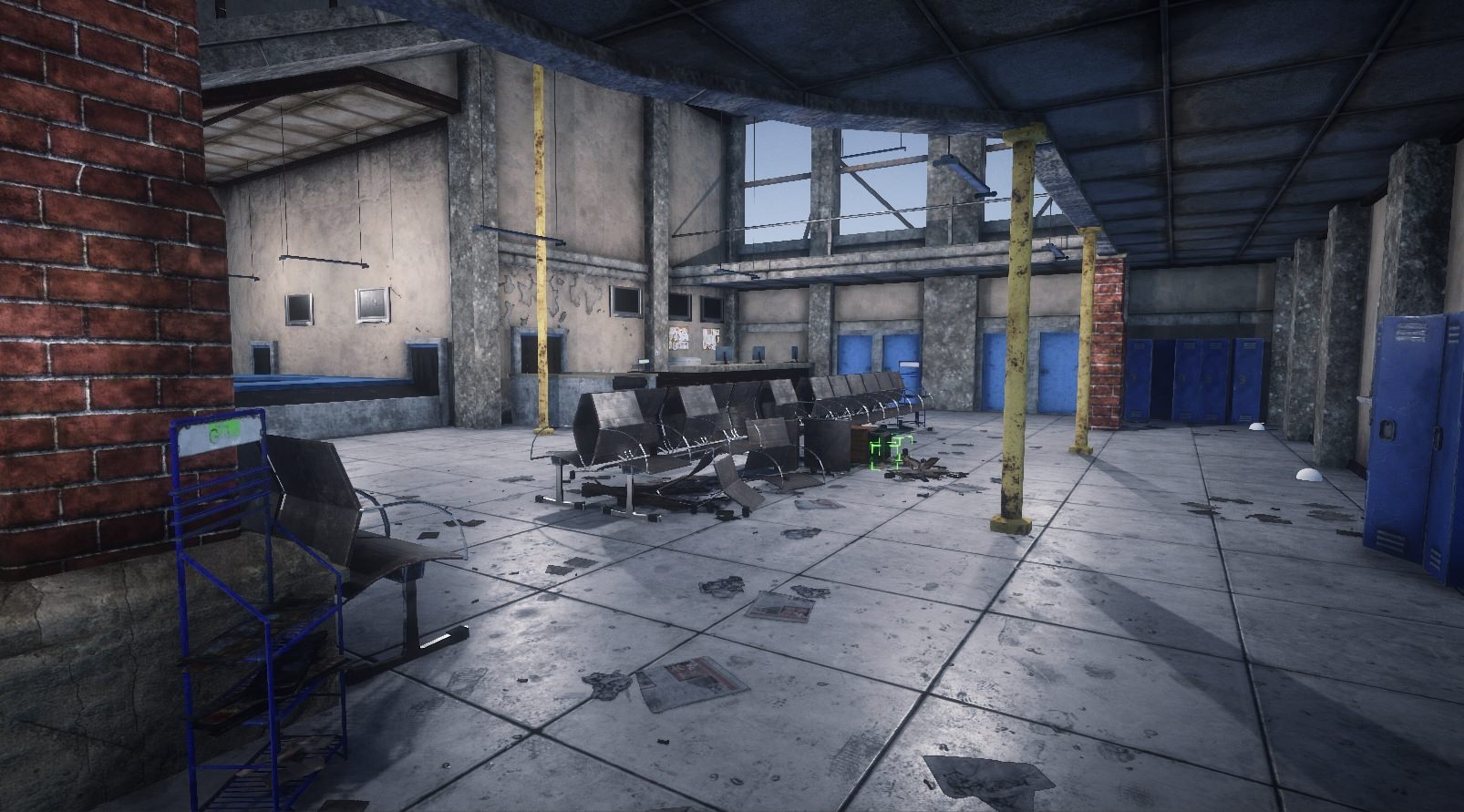 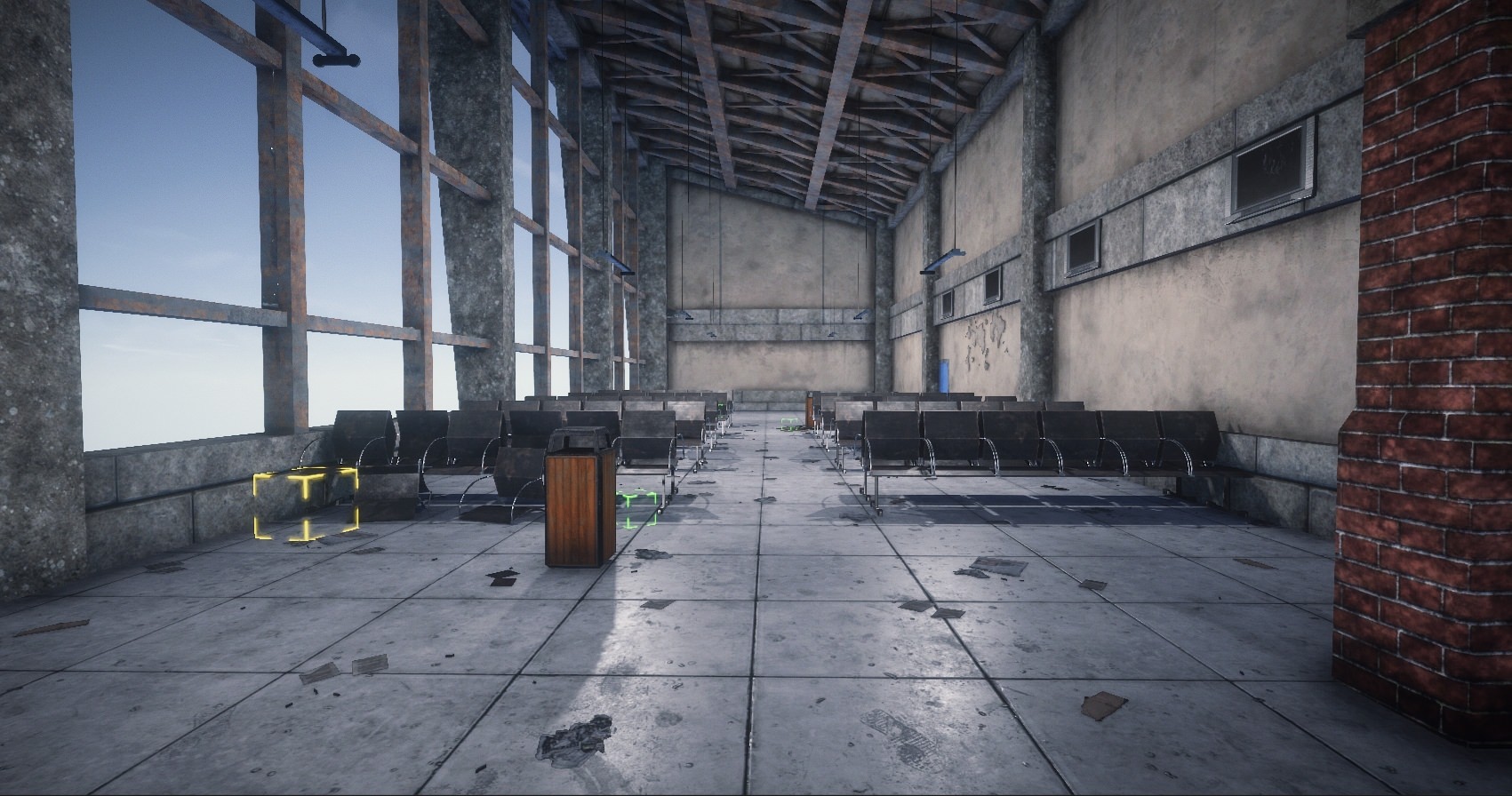 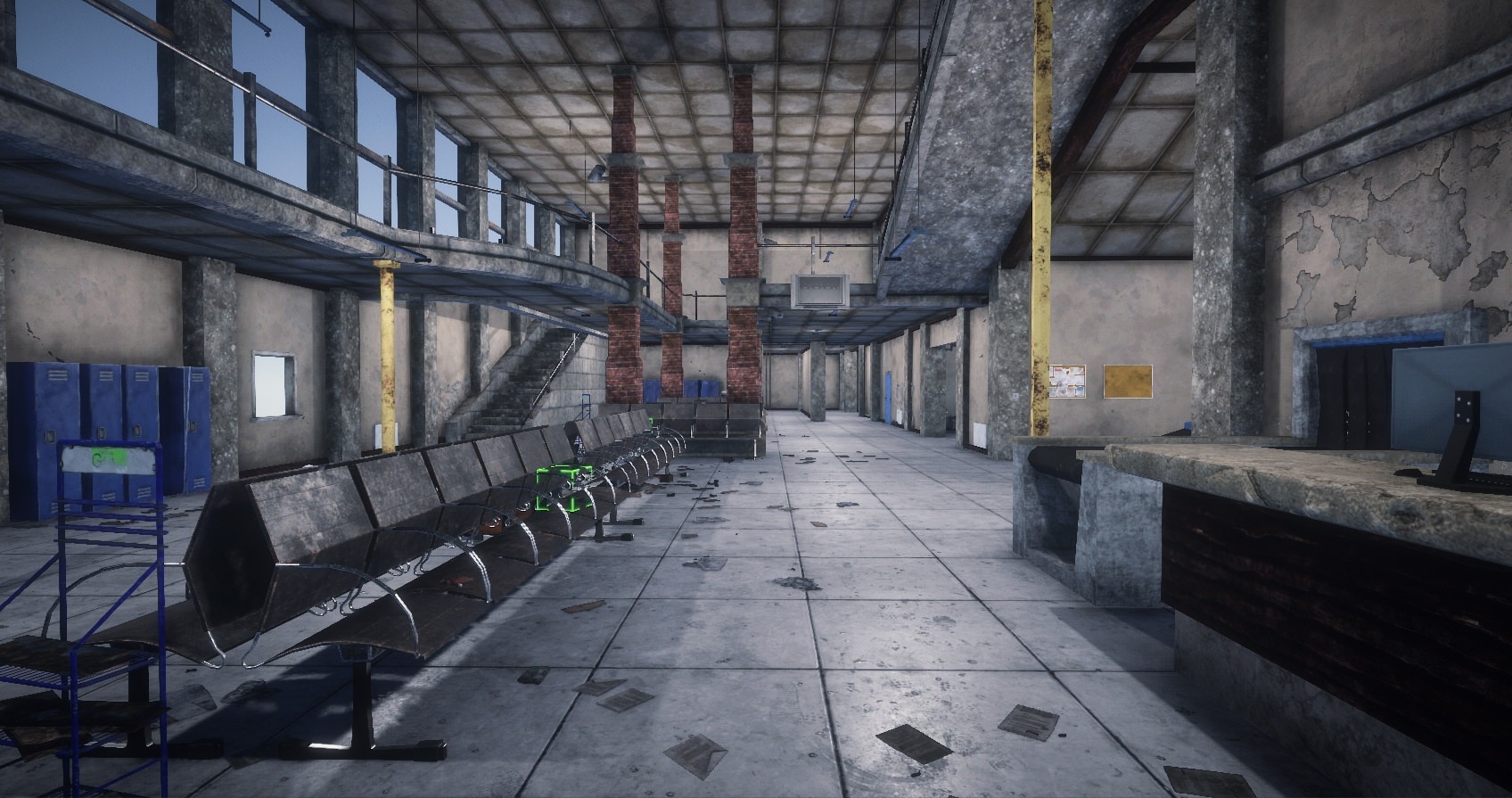 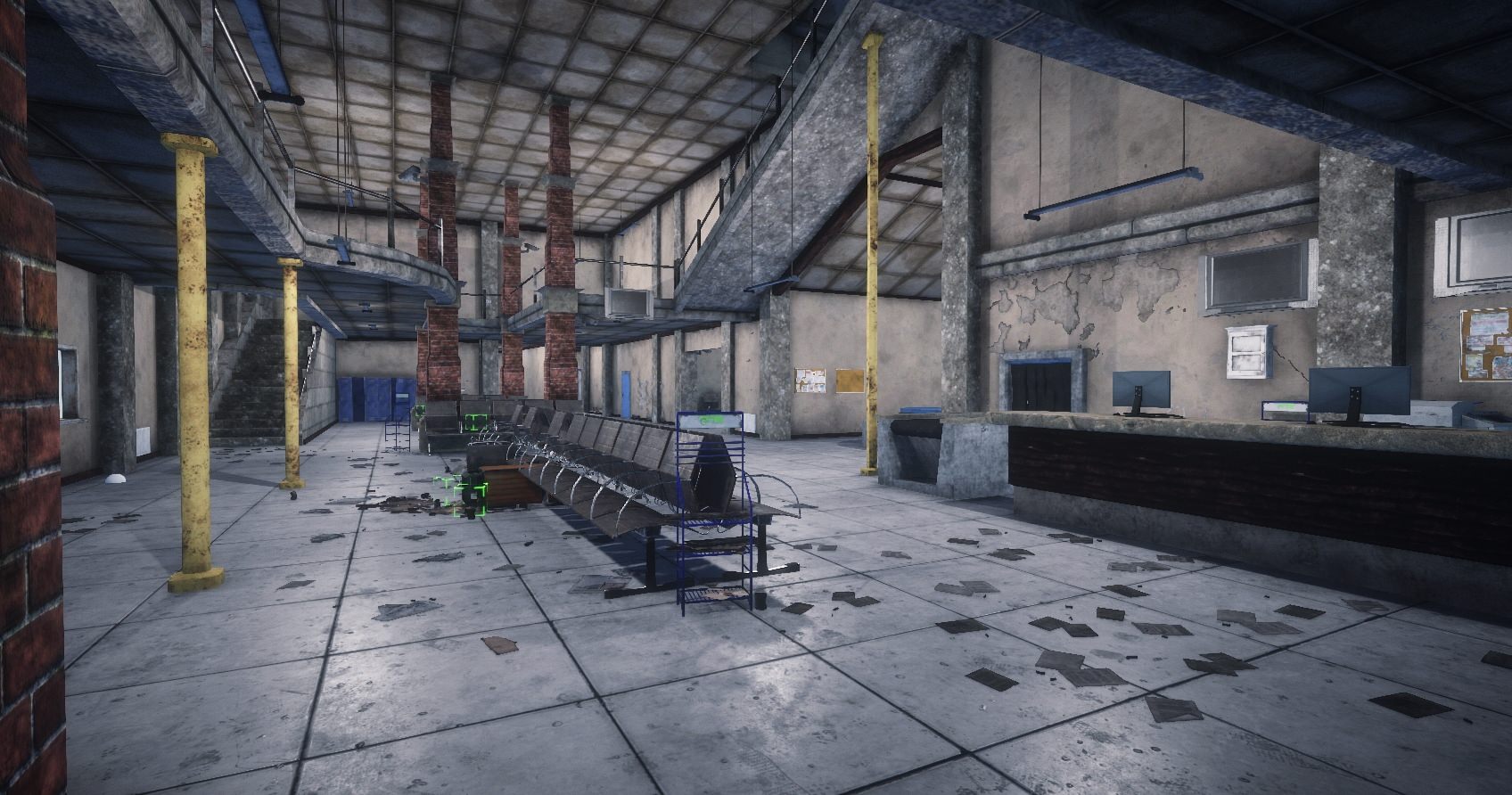 The fortification mechanic is really coming together now. We're adding a few 'finishing touches' to what will become the base for the mechanic. Below you can see the update progress from the trailer's base mechanic to the more fleshed out version coming in the next update.

This is the core of the mechanic showcased in the alpha trailer.

The mechanic a bit further along taken from Devblog #4.

The mechanic as it stands, planks being applied and destroyed in game. These planks are only being tacked on, you'll be able to add more nails and strengthen them further.

The logic we've introduced to allow zombies to traverse window frames has caused this hilarious bug with fence navigation points. Currently being fixed, this is a small example of an issue you can run into while introducing new mechanics to the main branch of a project.

​
We're Hiring!
We're looking for help! If you are or know any programmers/unity developers looking for work in the UK please let us know. We're looking for like minded devs, the project is near and dear to us. The team is very small and being a team player is very important to us. If you'd like to send a CV to support@survivethenights.net please do so

As a reminder before we go, we'll be getting these devblogs out weekly. You can check our next set of goals and 0.8 progress whenever you'd like via the changelog. Thanks for checking in and the continued support!

Airport is looking cool along with the rest of the work...

psst.. don't tell Rik but... that Jerry can is massive

I'll be honest I kinda forgot about this game due to live getting a bit busy but how do I download and play this now is it on steam is there a key email iv missed ? Help

Totalkiller4 said:
I'll be honest I kinda forgot about this game due to live getting a bit busy but how do I download and play this now is it on steam is there a key email iv missed ? Help
Click to expand...
Should be in your humble account under "Keys", I think.

Edit: And if you didn't have an account when you purchased, make one with the associated email used to buy and it'll be waiting, I think.
One of God's own prototypes. A high-powered mutant of some kind never even considered for mass production. Too weird to live, and too rare to die.
See i saw this pic, then i looked at Num47 profile... and thought it cant all be about sex is it? -Sneakydude

Totalkiller4 said:
I'll be honest I kinda forgot about this game due to live getting a bit busy but how do I download and play this now is it on steam is there a key email iv missed ? Help
Click to expand...
I can help I'll PM
** Need a Backer Badge on the STN forums? Click Me! ** Stay up-to-date on Official News & Announcements, Click Me! ** STN Changelog - Stay up-to-date on upcoming fixes & features, Click Me! ** Trouble with the Pre-Alpha download, in-game registration/login, or other STN technical issues? Email support@survivethenights.net! **

wow nice. put some pictures on the wall in the airport guys. Like adverts and some other stuff. Why not make your own Cola type like Fallout did.

Really great update and well done.
You must log in or register to reply here.
Top