Well no keys yet, if that’s all you’re interested in (understandable) you might as well stop reading here. We’ve run into a few issues in the last week or so. Server ram bloat has caused a serious setback in the plan to release to mods and expand on our internal testing. The issues have been a bit of a pain to track down. @Jayty does think he has it under control now and our plan is to move forward this coming week with mods. We should have a much better idea of backer release next weekend along with a public release of the official pre-alpha issue tracker.

As for the rest of the team, as always, we continue to develop as builds are being put together and Jay is sorting issues. We hadn’t planned on introducing VOIP initially but after quite a bit of concern on the Discord we’ve revisited the idea and are happy to say you should see radio communication even in the initial backer release.

Changing radio channels, with the current setup we can have 99

Talking on the radio

Radio light at night, this will dim with battery usage 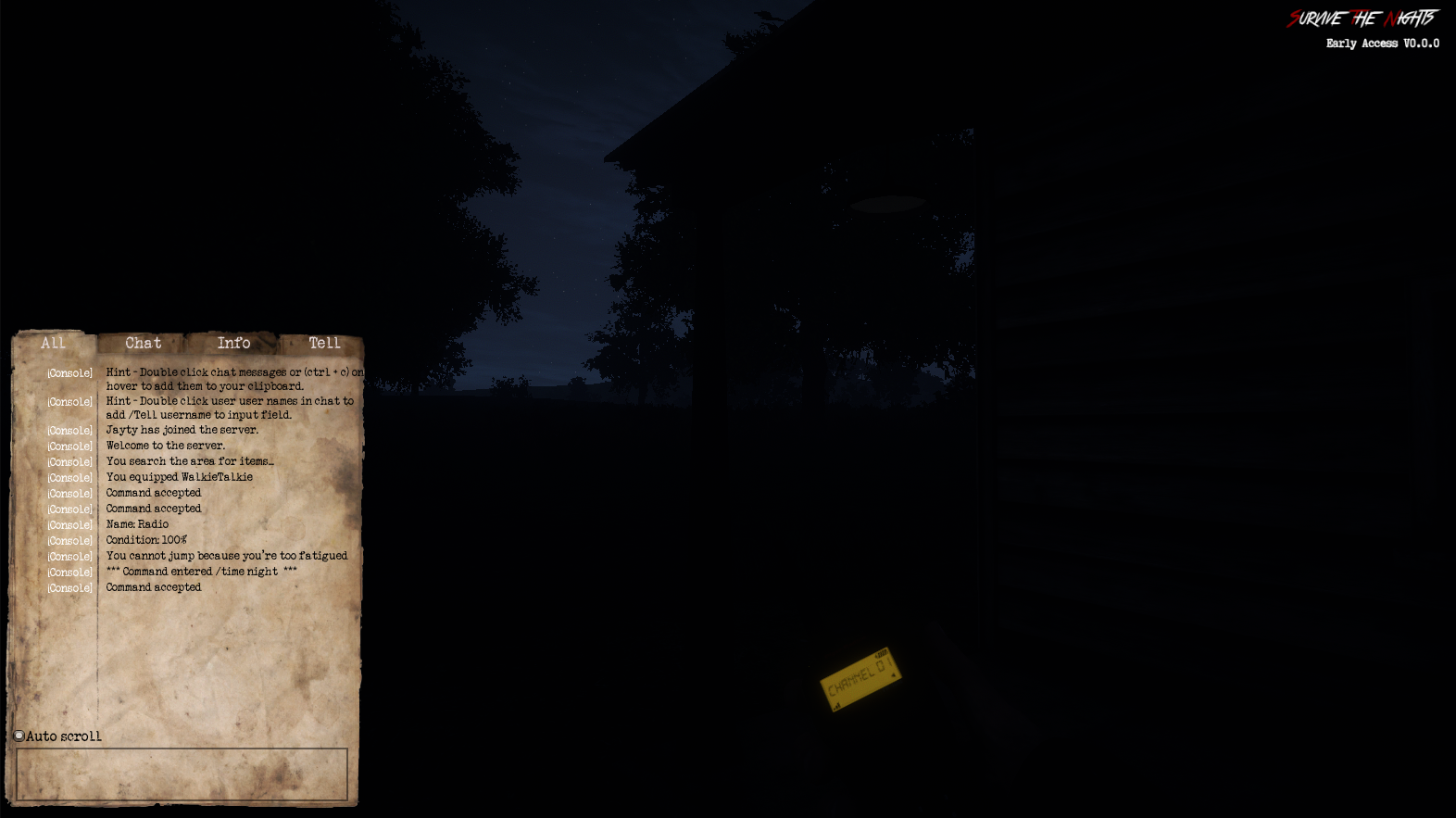 ​
We have a few questions about handheld radios and would like you guys to just quickly answer a couple of polls if possible.

Should radios use battery quickly?
Should handheld radios be hard to find?

A couple of weeks back I had mentioned a google doc. We've started putting the basics together and you should be able to view that here. This is for those that wish to join us (when keys are shipped to backers) on dedicated testing servers. While most will likely just like to check out the build and see where we're at in development, a few of you might be interested in spending countless hours doing the same thing over and over . For those that wish to join us we'll have dedicated testing servers and voice rooms on Discord.

We're looking into a few options for post backer release progress tracking. We've had a little bit of a look into HacknPlan and we're thinking about using it internally. However, at the moment there's no option for publicly listing your project. They do have this in the works though so hopefully it's something that will work out nicely. This should allow everyone to know exactly what we're working on and just what our goals and milestones are for development.

Thanks much for the continued support! As we've said from the start, we'll not release anything (even this upcoming pre-alpha build as buggy as it may be) if it's not ready. We're working around the clock to stabilize and we're getting closer by the day. Those that have been following the team since 2014 know we're here for the long run, we're dedicated to making the survival game everyone is looking for!

In an effort to keep these threads visible comments are off. Discuss here https://community.survivethenights.net/threads/update-4-discussion-thread.9215/#post-87323
** Need a Backer Badge on the STN forums? Click Me! ** Stay up-to-date on Official News & Announcements, Click Me! ** STN Changelog - Stay up-to-date on upcoming fixes & features, Click Me! ** Trouble with the Pre-Alpha download, in-game registration/login, or other STN technical issues? Email support@survivethenights.net! **